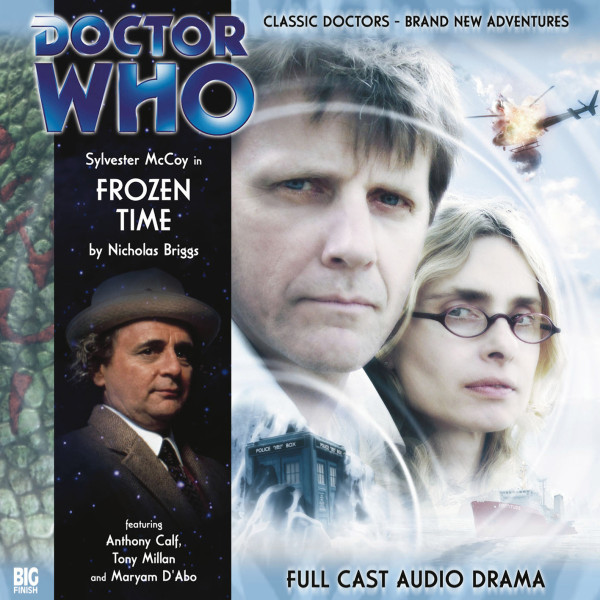 In 1929, Lord Barset's expedition to the Antarctic is lost without trace. Or so it seems…

Nearly a century later, his grandson funds a much-publicized return to the icy wastes. His mission: to discover what happened to the original expedition. But what he finds instead is an enigma – a battered London police box frozen in ice millennia old.

But something else lies in wait in this awful place, something from an era before humankind set foot on the continent's cold soil. A menace frozen in time.

"The play does exactly what it says on the tin. Briggs delivers a soundly made and acted audio, thoroughly polished and professionally done. If this is the first Big Finish audio you ever hear, you should be impressed"- Doctor Who Magazine

"Frozen Time is bound to please long time Who followers and new fans alike, and must not be missed." - Starburst

This story takes place between the television adventures Survival and the 1996 TV Movie.