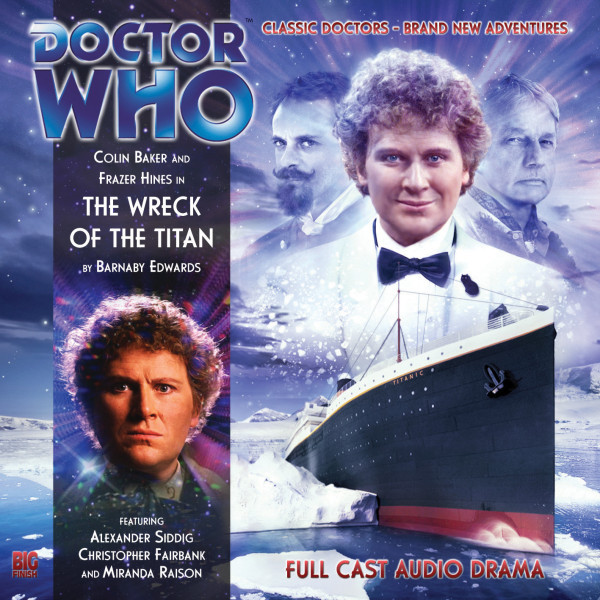 It's the biggest ship the world has known - and in just twenty minutes' time it's going to hit an iceberg the size of Ben Nevis!

The North Atlantic is a treacherous place at the best of times. 14 April 1912 is the very worst of times. The Doctor and Jamie find themselves trapped aboard the RMS Titanic, 400 miles off Newfoundland and heading towards a conclusive appointment with destiny.

But the iceberg isn't their only problem. Down in the inky depths, something is hunting: something huge, hostile and hungry. This should certainly be A Night To Remember.