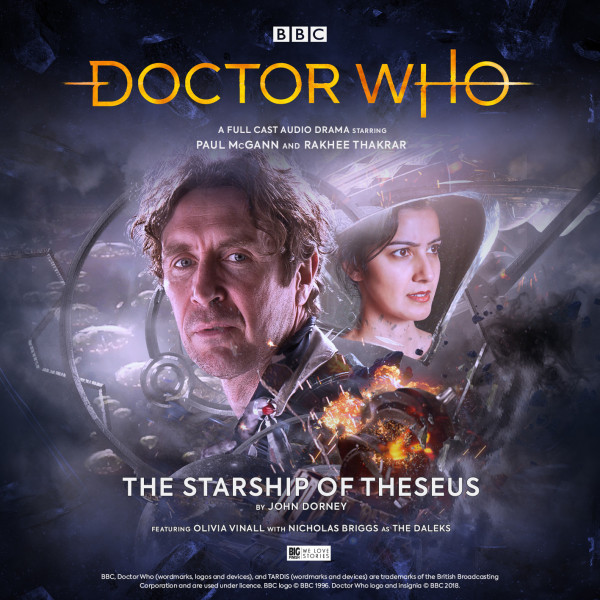 A terrible war is being waged through space and time, as two powerful enemies rip the cosmos apart in a final struggle to the death.

The Doctor stands apart from this conflict: he is not a warrior, but a healer.

But the Time War is snapping at his heels, and soon he will have no choice but to turn and face its horrors...

1.1 The Starship of Theseus by John Dorney

The Doctor and his companion, Sheena, land the TARDIS on the glamorous luxury space-liner Theseus just as it’s about to leave the Jupiter space-port. An opportunity for a holiday presents itself – and it’s one they’re very glad to take.

But when a disturbance catches their attention, they realise sinister events are taking place on board. Passengers are vanishing on every trip. And unless they’re careful they may be next.

Can the Doctor and Emma solve the mystery? Or is there something else they should be worrying about?