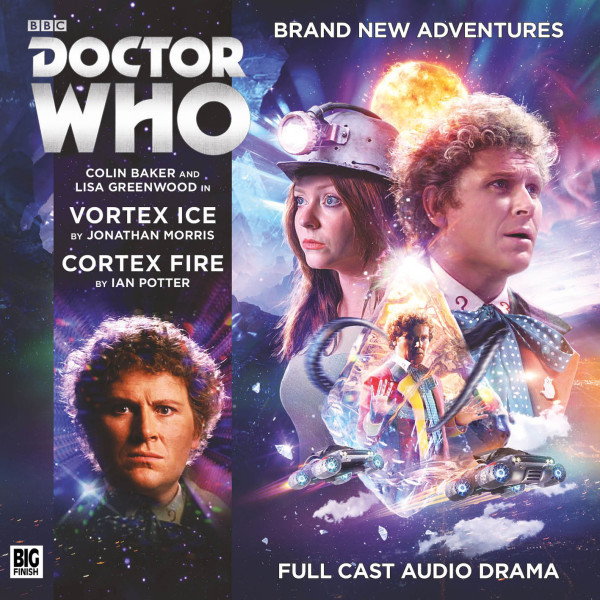 In search of ‘exotic particles’, the Doctor and Flip arrive 700 feet underground, in a mine in Northern Mexico – only to run into a scientific expedition. Among their number, an exobiologist. They’re all on the hunt for alien life! Deep underground, the team finally uncovers a cave of vast crystals – like ice, despite the heat. And inside the crystal: something frozen. Something trapped in time. If only it were something simple, like a monster. But it’s far, far worse than that.

The Doctor brings Flip to the futuristic city of Festin, the best vantage point to witness a unique astronomical light show. In a city governed by the all-powerful network known as the Cortex, they’re soon identified as outsiders – nihilists, perhaps, responsible for a wave of terror that’s been sweeping the city… But the truth is different. The people of Festin are burning up. Spontaneously combusting. And no-one knows why.

Both writers have done a great job and the pacing and directing by Ken Bentley is flawless. As much as I still enjoy some longer-form stories I would really welcome more of these hour long double headers. 9/10

Distress. A crescendo of electric music mixed with chimes. Old meets new. A sweeping statement that something is wrong, yet whimsical. This is how you open an episode of Doctor Who. Intrigue, whimsy and wonder.

Not only do these tales engage the listener but seem to give the leads, Baker and Greenwood, a new energy as they approach Doctor Who from a slightly different angle then they're maybe used to.