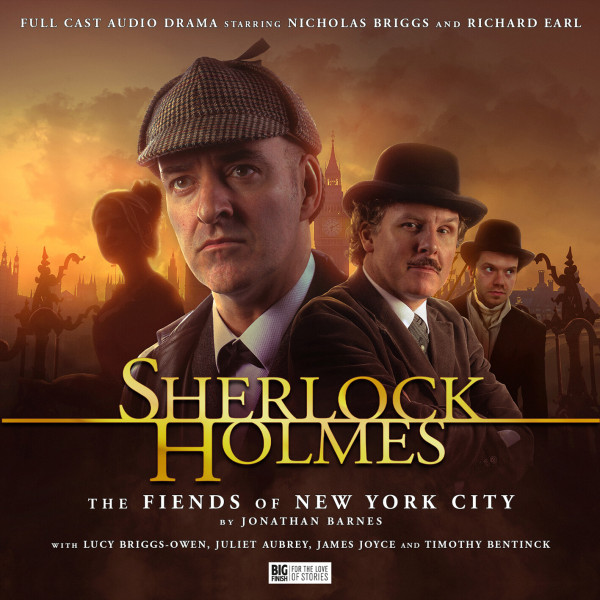 CD + Download
US $30.74
Buy
Download
US $24.59
Buy
Save money with a bundle Login to wishlist
11 Listeners
recommend this

Summer, 1901. For days, heat has been rising. London swelters; a long-expected storm promises to break.

In Baker Street, Sherlock Holmes is visited by a peculiar American who arrives with a warning about a strange new kind of murderer. In the West End, Dr John Watson is watching his wife, the actress, Genevieve, prepare for her greatest role to date - only for her to be confronted by a terrible ghost from the past.

There are surprising connections between these events, a web of apparent coincidence which soon draws in others: Colonel Sebastian Moran, Mycroft Holmes, a dangerously ambitious young politician and - waiting patiently for the moment to finally make her move - the mysterious organising power at the head of the underworld, the Seamstress of Peckham Rye. As ever, the mark of a good drama is that time flies by while you are listening to it. That was certainly the case here and, as ever, the production values are exemplary. I look forward to seeing where this is all going!

Shop all audiobooks
Previous release in this range: Sherlock Holmes: The Seamstress of Peckham Rye (excerpt)