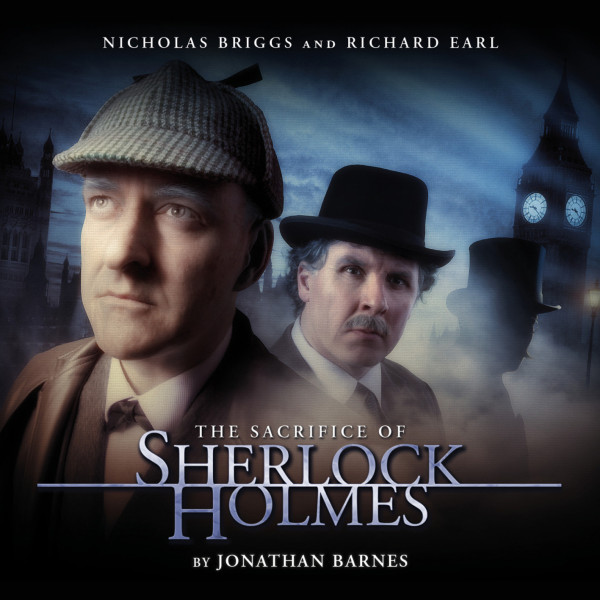 CD + Download
US $36.76
Buy
Download
US $30.63
Buy
Save money with a bundle Login to wishlist
9 Listeners
recommend this

After the Judgement… Sacrifice must be made.

On a cold, wet, unforgiving day in the November of 1921, London is under attack.

Drawn from retirement to combat the menace, Sherlock Holmes and John Watson are forced, without warning, to confront old enemies and new threats - and an evil which has been waiting for decades to exact its revenge…

5.1 The Prophet in the Rain

It begins with the sound of rain upon the windowpane, with a woman who claims to speak to the dead, with an enemy stepping out into the storm and with the unfolding of a savage and merciless scheme to bring London to its knees. Only our elderly detective, Mr Sherlock Holmes, seems to sense upon the wind the scent of approaching disaster...

The attack upon the city is escalating. The death toll is rising. And the agents of the Society are everywhere, even in the unlikeliest of places. Sherlock Holmes and Dr Watson - outflanked by events and outfoxed by their opponents - are forced to confront the limitations of their abilities in this strange new era as, all around them, the fire continues to spread.

5.3 The Beast in the Darkness

With Dr Watson held captive by the enemy, a badly wounded Holmes races against the clock to confront the mastermind behind the brutal tragedies of the day. But will the Council of Priam help or hinder him in his attempt to stem the rising tide of madness?

5.4 The Shadow in the Water

At last, all of the players are brought together for a final confrontation. The warrior. The psychic. The detective. The doctor. And something else - something which has, for decades, been waiting in the darkness and biding its time, waiting for Sherlock Holmes’ last stand...

The Sacrifice of Sherlock Holmes really is a must-listen. Frequently surprising, occasionally emotional and never less than engrossing, Big Finish have delivered a spectacular Sherlock Holmes story unlike any other.

Briggs & Earl have passed the test, they enter into the realm of all time great Holmes & Watson actors... A high octane roller coaster ride of an adventure that really does leave the listener gasping for breath. 9/10.

Barnes expertly melded melodrama and allegory as unapologetically as Sir Arthur Conan Doyle did himself... As ever, Nicholas Briggs and Richard Earl were superb.

The entire cast shine here, but special mention must go to Nicholas Briggs who plays a beautifully mercurial Holmes oscillating wildly between bouts of age-induced existential angst and the speed and brilliance of his long-forgotten youth.

Nick Briggs as Sherlock and Richard Earl as Watson are as compelling a pairing as any other in the long history of the characters... Nick Briggs portrays well the tension of a man much nearer his final curtain than he wants to be. This isn’t overdone, but like age itself is always present...

Nicholas Briggs and Richard Earl effortlessly convince... It's a fantastic and compelling tale.