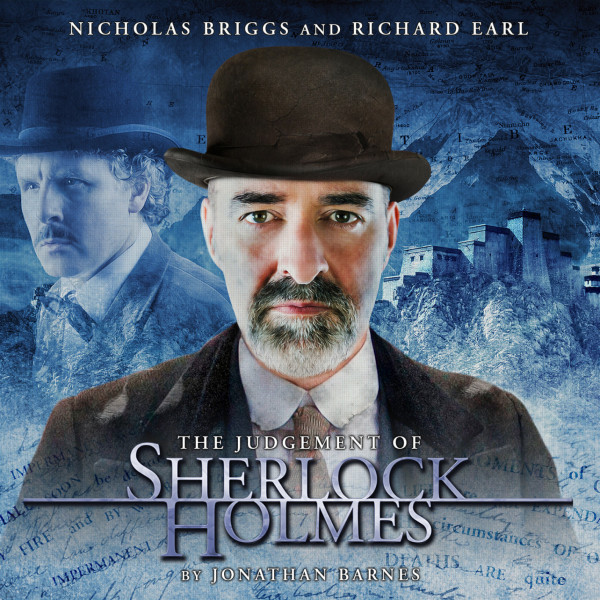 CD + Download
US $36.14
Buy
Download
US $30.12
Buy
Save money with a bundle Login to wishlist
11 Listeners
recommend this

Sherlock Holmes had many secrets. This is the greatest of them.

Our knowledge of the life and career of Mr Sherlock Holmes is necessarily partial and inexact. Riddled with lacunae and ambiguities, its parameters are defined chiefly by what his friend and colleague, Dr John Watson, saw fit to record. One era in particular – those enigmatic years in which, believed dead at the Reichenbach Falls, the Great Detective roved the world incognito – has been shrouded in obscurity and doubt, the particulars of that time too terrible and too strange to be set down in full.

It is October 1921. Dr John Watson, now almost seventy, has accustomed himself to a life of retirement. He is surprised, then, to encounter his old friend, Mr Sherlock Holmes, rising out of the early evening mist like a wraith. There are things they have to discuss, he says, matters from the distant past. It is important, he says, that Watson hears, at last, a full account of what happened to Holmes during his years away from England when believed by the world to be dead following his battle with Professor Moriarty, he travelled incognito overseas…

Part 2: At the Gates of Shambhala

1892. At the heart of Tibet, a world away from London, where a grieving Dr Watson is battling demons of his own, stands an ancient monastery, abandoned for generations but now the source of rumours of the most peculiar and terrible kind. For strangers have lately invaded this place and pressed it into service for their dark schemes. Those who dwell nearby have come to live in fear and sorrow. What good fortune, then, that a certain noted Norwegian explorer should happen to have found himself in the vicinity...

Part 3: The Man in the Moonlight

Mr Sherlock Holmes is the kind of man whom it is practically impossible to imagine ever having been a child, so fixed and set is his nature. Yet even he was once an infant, his childhood as fraught with peril as his adult life. That time, long past, still haunts him – one element most of all, the figure of a stranger, standing without and gazing upwards, his thin, pale face haloed by moonlight.

Part 4: The Tragedy of Pargetter Square

Here is where it ends: with a murderer in Pargetter Square, with the detective and a tyrant come face to face in Baker Street, with desperate ambition and wickedness incarnate, with an assassin’s bullet and with old friends working, unknowingly, as one.

Yet what is an ending if not a beginning by a different name?

The attention to detail, dialogue, plot and period that Jonathan Barnes imbues his story with is mind-boggling; his accuracy in capturing and including all that Doyle fashioned is staggering, and as such, the end result is simply magnificent.

There's a topical relevance and a horrid plausibility which makes The Judgement even more impressive than The Ordeals.