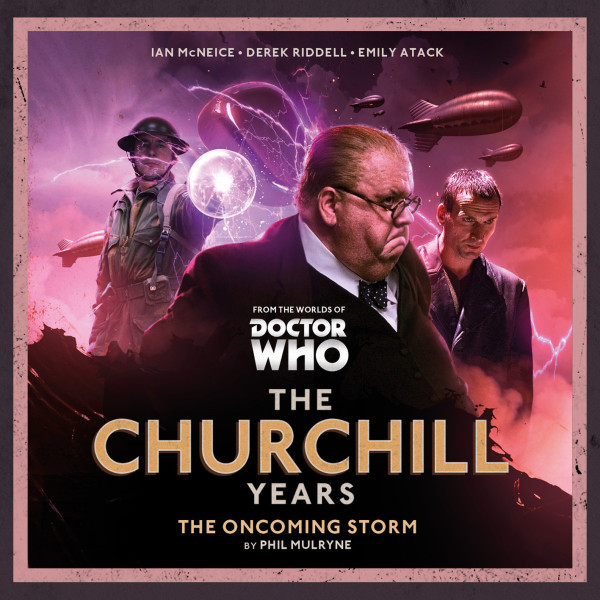 1.1. The Churchill Years: The Oncoming Storm

1.1 The Oncoming Storm by Phil Mulryne

Late 1939. Britain faces the might of Germany. Winston Churchill serves as First Lord of the Admiralty. But Churchill soon finds himself facing a more immediate threat than the looming Nazi menace. A ‘Stone’ with the most mysterious properties is discovered in the Thames’ sands, and soon oddly spoken soldiers are creeping round London ruthlessly trying to acquire it. Who are they? Can Churchill and his new secretary Hetty Warner defeat them? And what about the man in the battered leather jacket that Hetty meets? Churchill feels sure they can rely on the Doctor to help them! Except that this Doctor seems to want to stay hidden in the shadows...

This story is taken from The Churchill Years Volume 01.

'The Oncoming Storm is an engaging introduction to the style and feel of ‘The Churchill Years’. It feels right at home alongside the style of New Who stories but brings something new in centring the story around Churchill.' - Blogtor Who

'Overall, The Churchill Years was a brilliant surprise... The quality of the story writing was superb... the performances were incredibly solid, most particularly from Ian McNeice who is still the go-to man for playing a credible Churchill. If there are many more of these kinds of adventures to come, then Churchill can KBO through Big Finish for as long as he wants. 9/10.' Starburst

Behind the Scenes Video