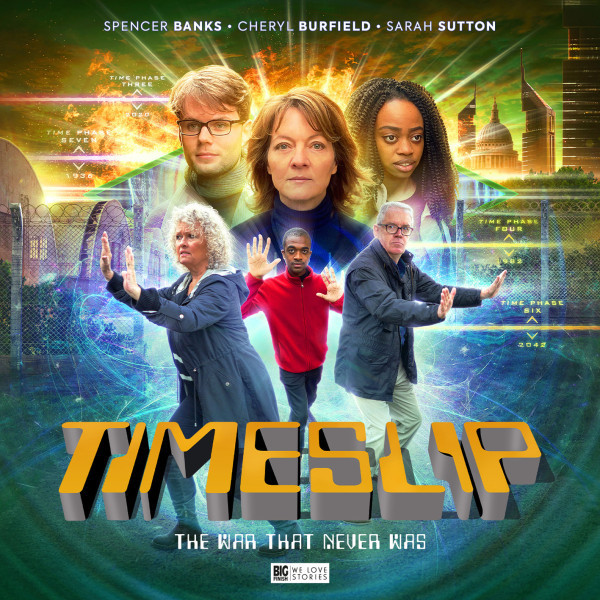 2. Timeslip Volume 02: The War That Never Was

CD
US $34.17
Buy
Download
US $19.99
Buy
Save money with a bundle Login to wishlist
10 Listeners
recommend this

Escaping from the future, our heroes find themselves in the distant past... sort of.

It’s 1953, but a very different 1953 from the one we’re used to. The UK has still not recovered from a second World War that lasted an extra year longer than in our history. The Americans had to step in to save the besieged country, dropping another Atom Bomb on Berlin. They are now running the grateful UK as if it is part of the US and are now expanding their empire against the growing might of the Soviet Union.

The Time Barrier has been discovered and is being studied by a team of scientists, whilst strange items are being smuggled through from different time periods - weapons perhaps, traded with the future? Spivs and racketeers run the streets, and the US Government plan highways through time... And behind it all is a very familiar face.

Shop all audiobooks
Previous release in this range: Timeslip: The Age of the Death Lottery Part 1