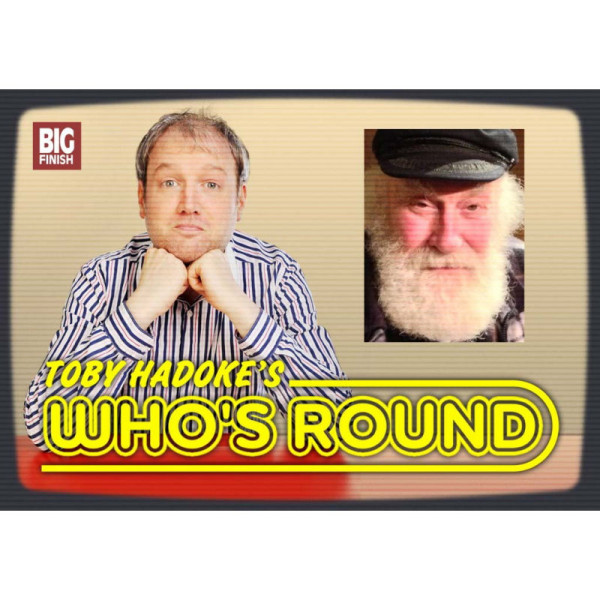 Who's Round: Toby Hadoke's Doctor Who 50th anniversary quest to interview someone who's been involved with every single Doctor Who story! In this instalment, Toby hopes not to rile his latest victim.

In this edition, an actor who has played King Lear for the Royal Shakespeare Company. It doesn't get much better than that, unless you count getting beaten in a fight by an unarmed young woman or stomping about in a silver suit, both of which this rather wonderful gentleman did opposite two Doctors. Topics include shedding a tear on stage, television presenting and getting on with one Doctor more than another (and who's Who might surprise you).