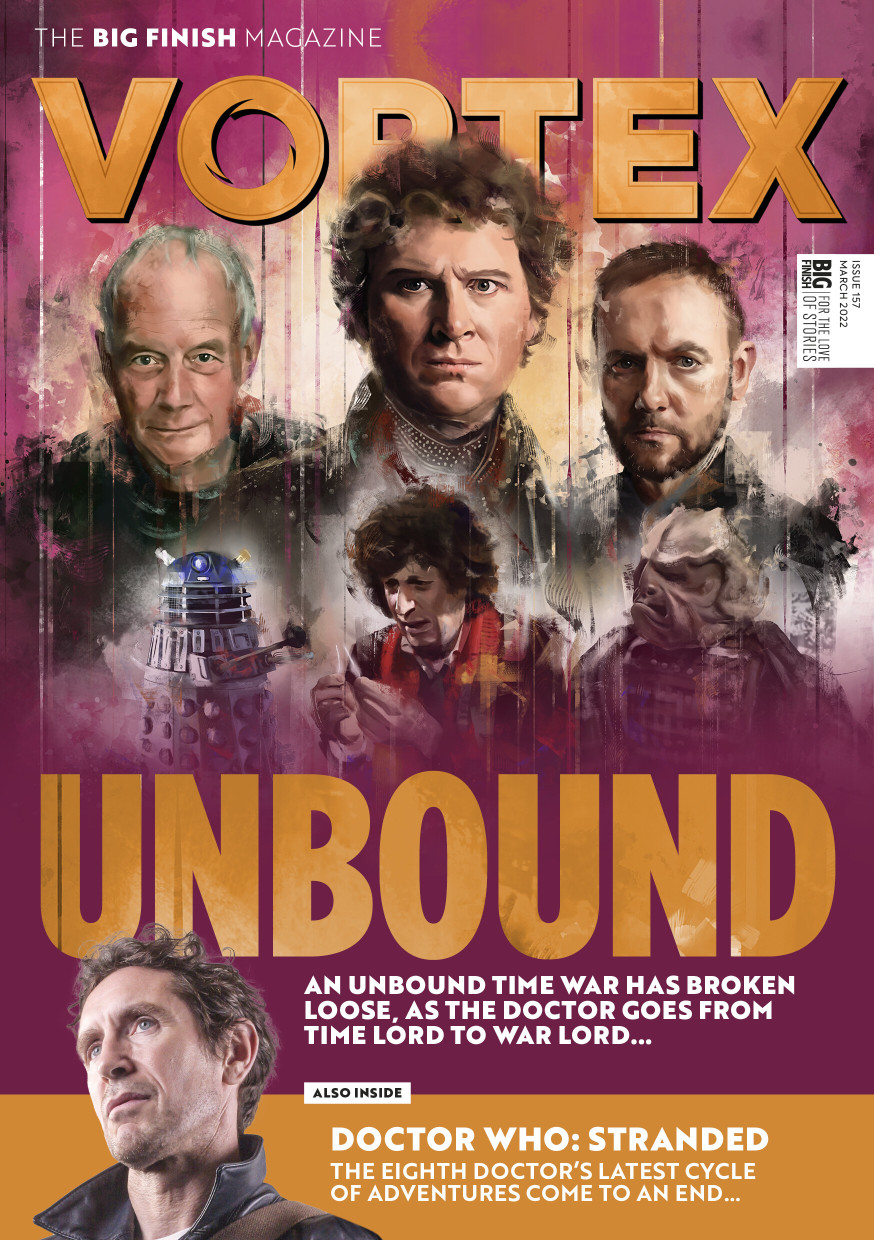 Doctor Who: Colin Baker is the Doctor of War, with Geoffrey Beevers as the Master, Rebecca Night as Romana and Nicola Bryant as Peri in in Doctor Who Unbound: Doctor of War: Genesis.

Doctor Who: Paul McGann is the Doctor in the final four adventures set in London's Baker Street, Doctor Who: Stranded 4.

Doctor Who: The First Doctor Adventures: Stephen Noonan takes on the role of the Doctor for his debut box set The Outlaws.

The Worlds of Blake's 7: Heroes and Villains - Sally Knyvette and Jan Chappell return as Jenna Stannis and Cally, facing Amagon pirates, the Federation torturer Shrinker and the charming but treacherous Dorian.

plus: The Big Finish Book Club: revisit Doctor Who: The Hollows of Time.