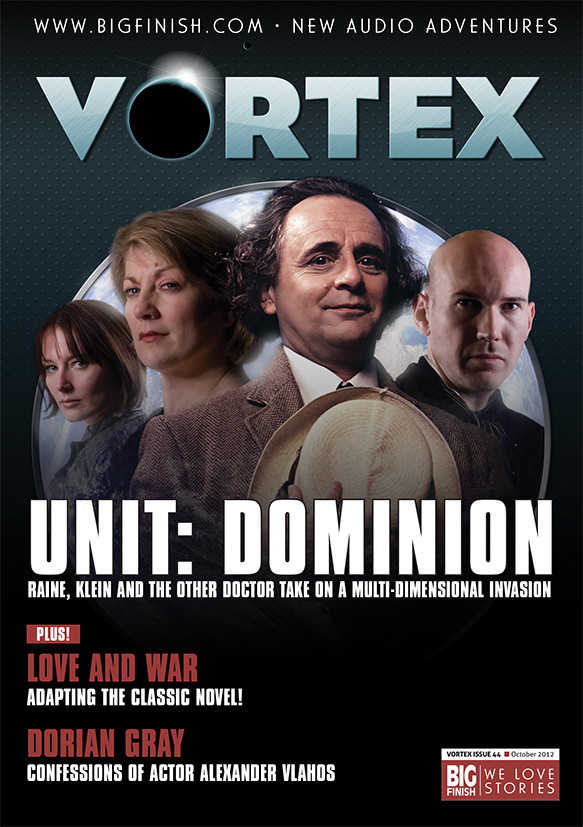 The first of our Special Releases box sets, UNIT: Dominion sees the Seventh Doctor and his future incarnation facing off against an inter-dimensional invasion force with help from companions Raine and Klein. We chat to the Other Doctor, aka Alex Macqueen, and the people behind Raine and Klein, Beth Chalmers and Tracey Childs.

DOCTOR WHO: LOVE AND WAR

The second of the month's special releases is an adaptation of the classic Virgin New Adventures novel. Producer Scott Handcock reveals how it came together, and original author Paul Cornell gives his thoughts on the project.

In the second part of a multi-Doctor trilogy, Sixth Doctor Colin Baker fights to stop The Acheron Pulse. We chat to him about his latest audio work, both solo and with Jago & Litefoot, and his culinary victory on Come Dine With Me!

A brand new range launches this month, in which the star of the seminal Oscar Wilde novel lives again in whole new settings! Star Alexander Vlahos reveals what he loves about playing the immortal wanderer.

Our new regular feature takes a look back at a classic story. This month, the Fifth Doctor once again finds himself at odds with Omega.

A guide to upcoming releases and more of your letters! To contact us, mail enquiries@bigfinish.com and mark your e-mail Vortex Mail.