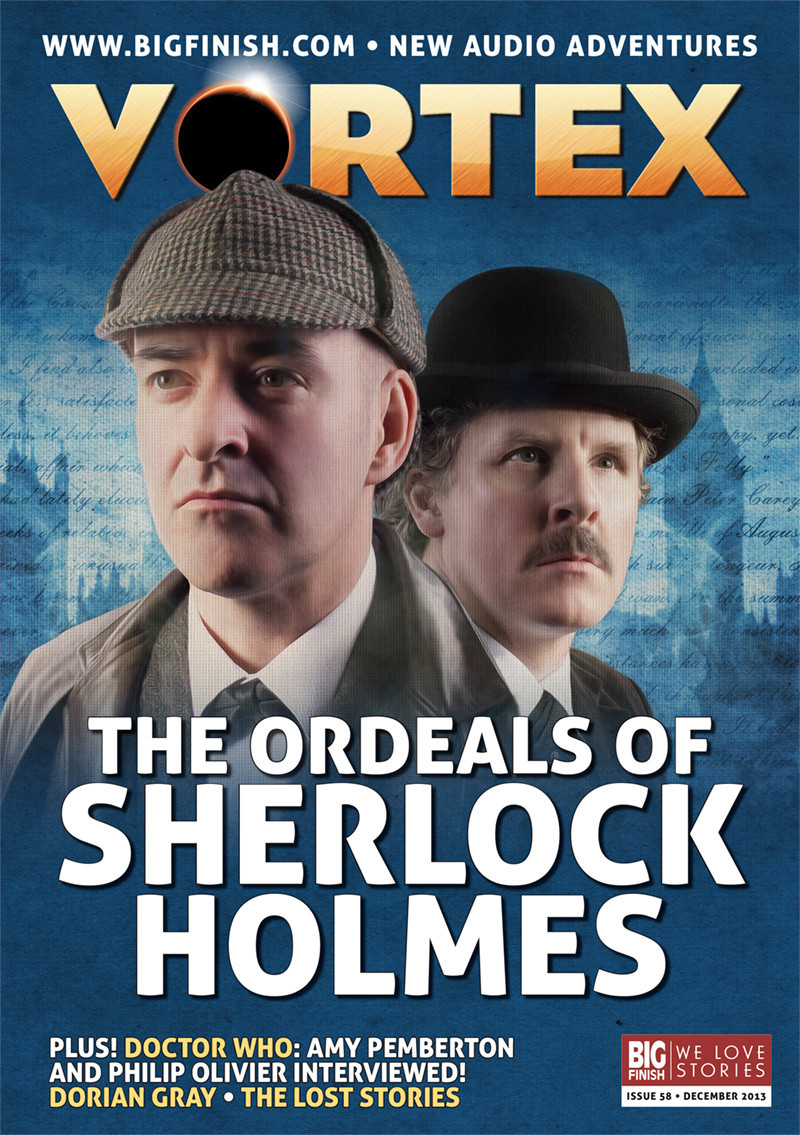 The big box set release for this month is The Ordeals of Sherlock Holmes: four stories told from four different periods in the life of the great detective, starring Nicholas Briggs and Richard Earl. Writer Jonathan Barnes explains how he approached the task and why he can never leave Holmes behind.

As the Doctor and Ace gather friends and family to pay their respects to a fallen hero, we chat to Philip Olivier and Amy Pemberton about playing Hex and Sally once more in this month's main range release, Afterlife.

DOCTOR WHO: THE LOST STORIES

In a month of endings, we go in depth on the final Lost Story, The Mega. Stars Katy Manning and Richard Franklin talk about its themes and look back fondly on their time as a vital part of the Pertwee era.

Dorian's back for a Christmas tale: The Mayfair Monster. Co-writers Jolyon Westhorpe and Alexander Vlahos (aka Dorian Gray himself) reveal where they got their ideas from.

We take a look back at one of the 'Season 27' Lost Stories: Crime of the Century, starring Sylvester McCoy, Sophie Aldred and Beth Chalmers.

A new batch of your letters, insight into the editor's busy life and the list of upcoming releases. If you'd like to send in a question or comment, please drop us a line on enquiries@bigfinish.com and mark your e-mail 'Feedback'.