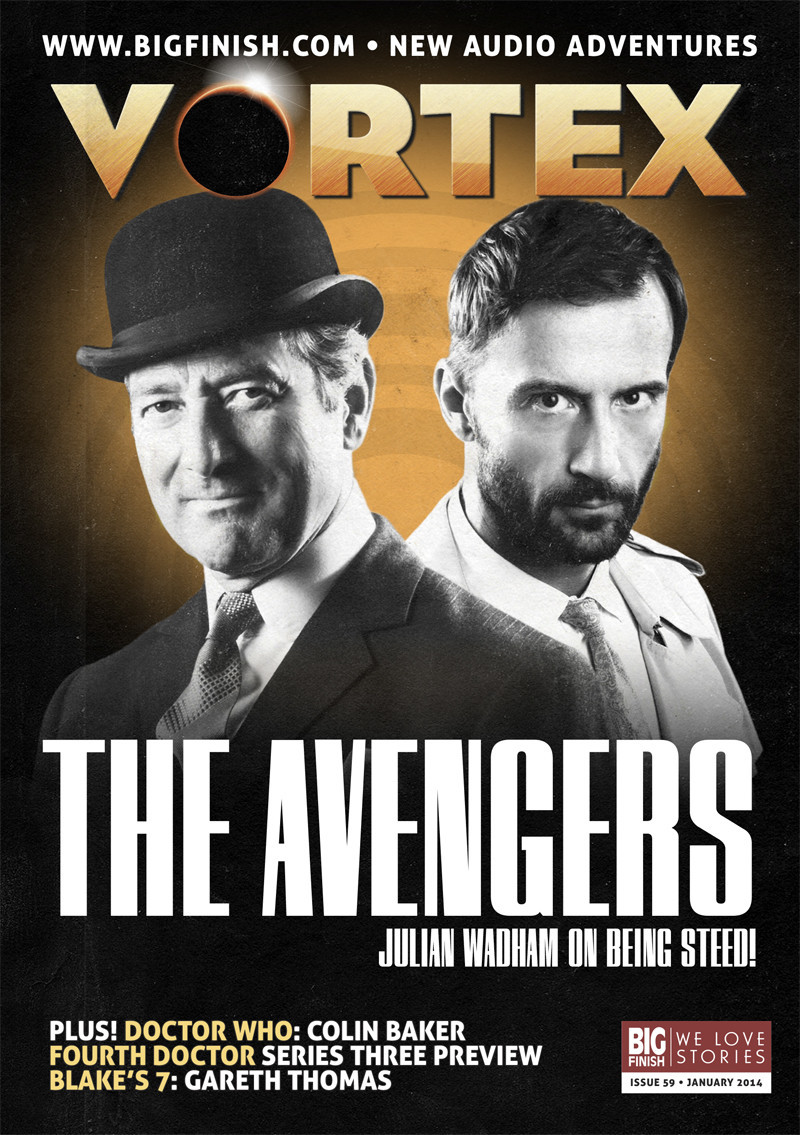 This month sees the release of the first volume of Lost Episodes, taking the original scripts and recreating them on audio. Star Julian Wadham talks about stepping out in the bowler, suit and umbrella of John Steed.

A new trilogy of adventures begins for the Sixth Doctor in the main range this month, so we chatted to Sixie himself, Colin Baker, about what's in store in Antidote to Oblivion and beyond...

The first series of full cast adventures begins this month, so who better to settle down for a chat with than the man who started it all: Blake, aka Gareth Thomas.

DOCTOR WHO: THE FOURTH DOCTOR ADVENTURES

Get your marching voice ready as we revisit the first appearance of the Sontarans in a Big Finish audio adventure: Heroes of Sontar.

Your thoughts in letter form, a sneak peek at the upcoming Charley Pollard series and a list of upcoming releases. If you'd like to send in a question or comment, please drop us a line on enquiries@bigfinish.com and mark your e-mail 'Feedback'.