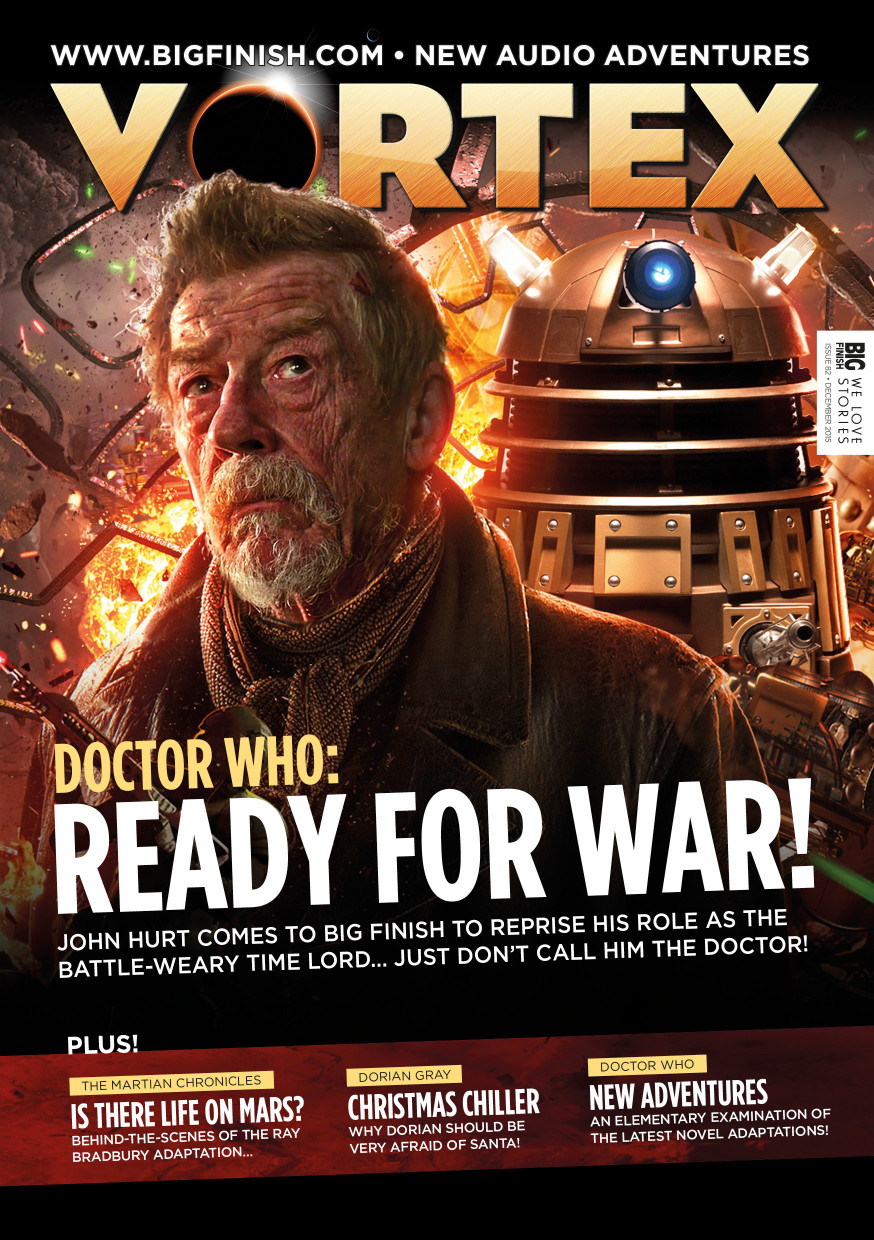 It's here - John Hurt returns to the role of a mysterious incarnation of the Doctor introduced in 2013's Day of the Doctor on TV. Cast and crew both old and new to Big Finish tell us how the stunning Doctor Who - The War Doctor: Only the Monstrous came about...

Doctor Who - The Tenth Doctor Adventures are the focus of our sneak preview section, ahead of next year's David Tennant releases.

December sees two more releases in Big Finish's Doctor Who - The Novel Adaptations range. as the Virgin Novels Theatre of War and All-Consuming Fire are brought to audio life. Writers, producer, director and others give their perspective on how these stories came about.

We see the festive season through the eyes of the immortal Dorian Gray in The Spirits of Christmas. Writers Tim Leng, Alan Flanagan and producer/director Scott Handcock discuss whether Dorian's been naughty or nice this year...

THE MARTIAN CHRONICLES
Big Finish team up with B7Media to give a commerical release to the award-winning Radio drama The Martian Chronicles based on Ray Bradbury's novel.
LISTEN AGAIN

We go back to the first of the Novel Adaptations with Big Finish's take on Paul Cornell's novel Doctor Who - Love and War...