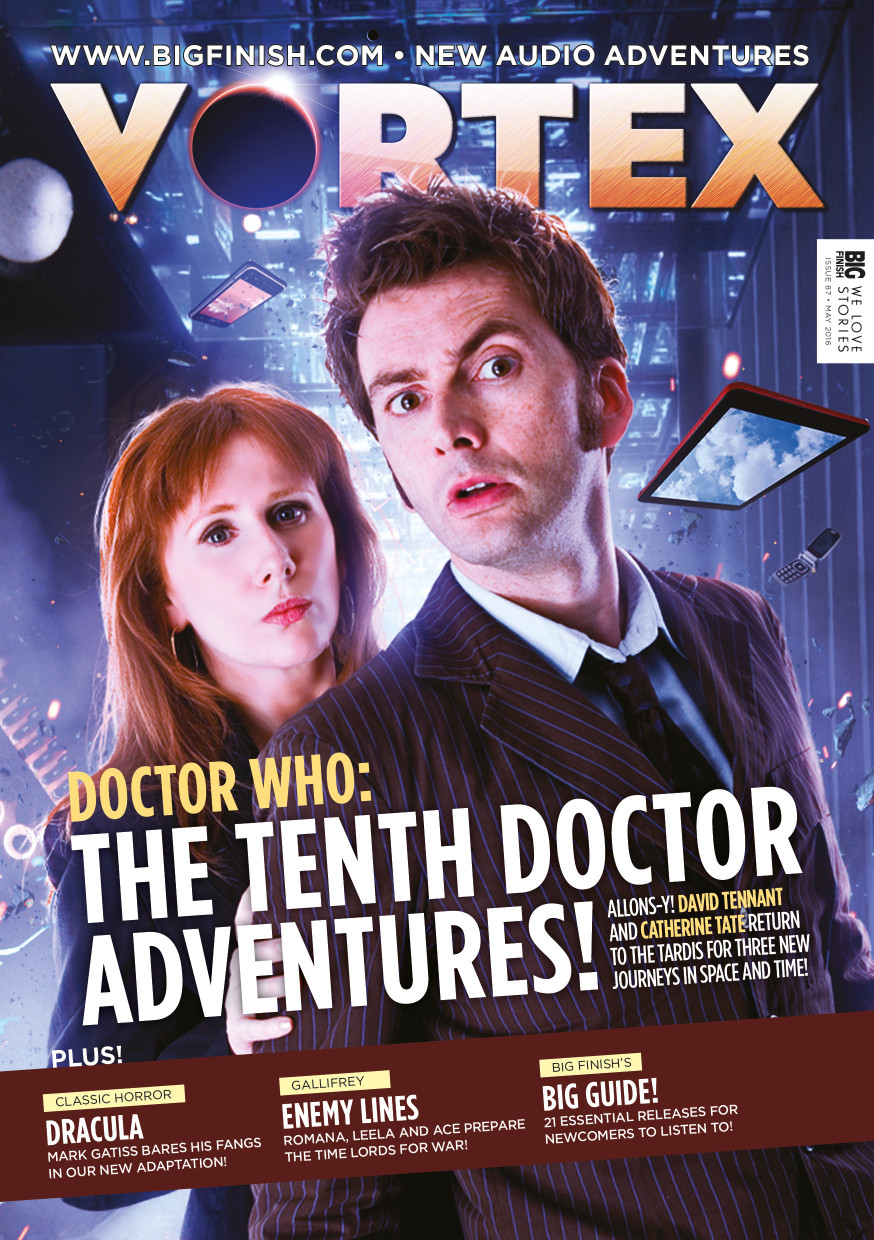 Present Tenth: it's finally here! David Tennant returns to both Big Finish and his Tenth Doctor role in Doctor Who - The Tenth Doctor Adventures, We talk to cast and crew about all the work that went into bringing these epic releases to life!

David Tennant isn't the only New Series Doctor Who luminary returning to Big Finish this month - join us as we talk to Mark Gatiss about his role as Dracula, along with director Scott Handcock and script writer Jonathan Barnes.

We return to the Doctor's home planet in Gallifrey - Enemy Lines, as Lalla Ward, Louise Jameson and Sophie Aldred team up as Romana, Leela and Ace to confront the machinations of both villains and Time Lords alike...

David Tennant's return to Big Finish is marked with this month's selection of Dalek Empire 3 - The Exterminators as our Listen Again title at £2.99 on download. Nicholas Briggs discusses this story as it kicked off a third run of the popular Dalek series and utilised a new actor who promised to "lose the Scotch" to get the role!