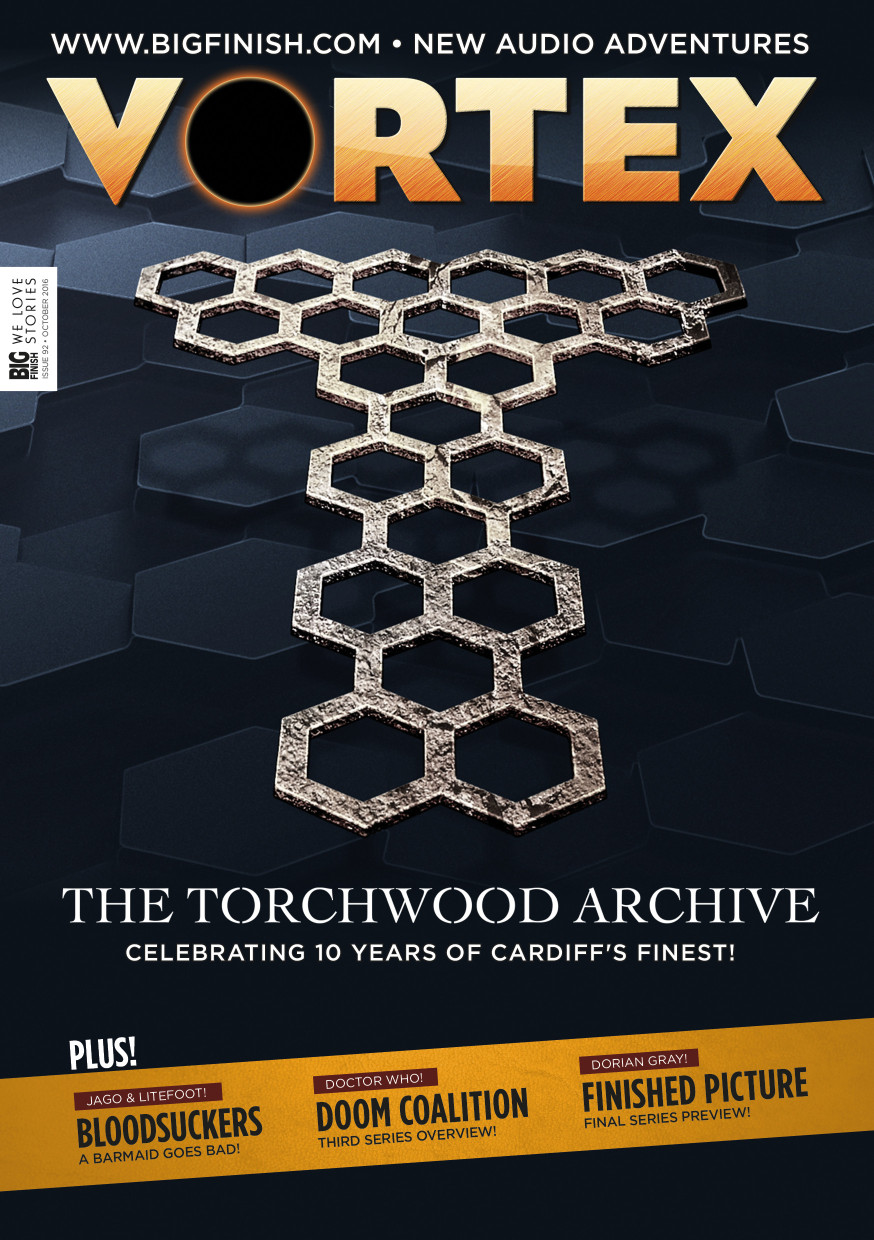 We take a sneak peek at one of our upcoming Doctor Who Novel Adaptations, with December's multi-Doctor tale Cold Fusion.

Big Finish graphic designer and artist Tom Webster talks to us about his recent work, including the epic, beautiful sleeves for the limited editions of The Chimes of Midnight and Spare Parts.

With this month's release marking the end of Dorian Gray's story, Alexander Vlahos and Scott Handcock talk about their much-loved project, and what it meant to bring it to a close.

Series 12 arrives this month, pitching Christopher Benjamin and Trevor Baxter's heroes against an enemy who was once a closest friend. But is there more to it than that? Vortex went behind the scenes to find out...

Paul McGann's Eighth Doctor is the subject of our monthly dip into the archives, with Doctor Who - Other Lives available for £2.99 on download for all of October. Producer Gary Russell and star India Fisher go back to 2005 and talk about how the story came about and their Moody guest star...