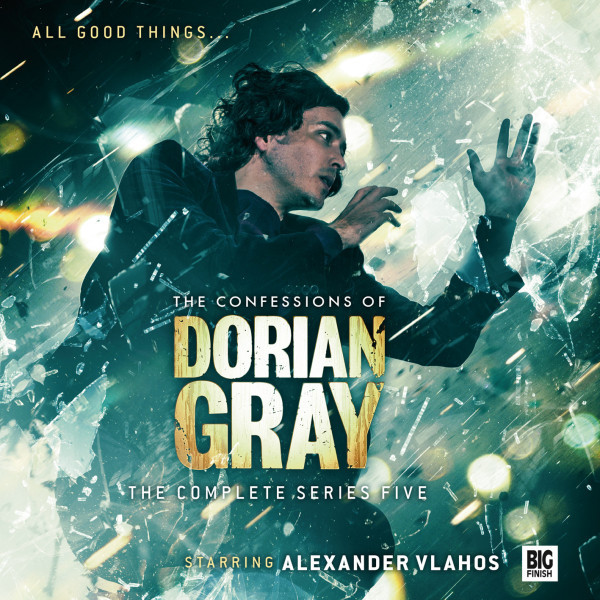 5. The Confessions of Dorian Gray Series 05

CD
US $20.37
Buy
Download
US $14.99
Buy
Save money with a bundle Login to wishlist
9 Listeners
recommend this

Starring Alexander Vlahos as Dorian Gray, this fifth and final series comprises four hour-long episodes, reuniting Dorian with a host of familiar friends from throughout his extended lifetime.

5.1 One Must Not Look At Mirrors by Guy Adams

London, 1888. When Oscar Wilde befriends a young man by the name of Dorian Gray, he finds himself immersed in a world devoid of morals. But as a celebrated killer stalks the streets, and he struggles to come to terms with inhuman actions, can he find any humanity in Dorian…?

France, 1915. In the trenches of the Great War, Lieutenant Dorian Gray reports to Captain James Anderson, shortly before a routine mission into No Man’s Land. His comrades rely on their faith to get them through - but is there any truth behind the story of the legendary Angel of Mons...?

5.3 The Valley of Nightmares by David Llewellyn

Los Angeles, 1948. Reunited in the heart of the Hollywood Hills, Dorian Gray and Dorothy Parker quickly find themselves embroiled in a conspiracy that takes them behind-the-scenes of the region’s booming movie industry. But how much of it is an act...?

5.4 Ever After by Scott Handcock

PLUS! This collection also includes a bonus disc of behind-the-scenes interviews with cast and crew.

'Series Five is a much more affecting journey than we would probably have been given to expect. As Dorian himself might have had it, the very definition of jolie laide. 10/10.' Starburst.

'Handcock has created something of pain & beauty in equal parts – a surreal nightmarish trip into world of perception… In a year of outstanding releases from Big Finish this is one of the very best and a strong contender for my release of the year.' Planet Mondas

'At the end of this final set (and the extras confirm there are no plans, no possibilities) the only conclusion the listener can reach is that both director/writer/producer Scott Handcock and Alexander Vlahos are brilliant. Just don't tell them. 5/5.' Cultbox