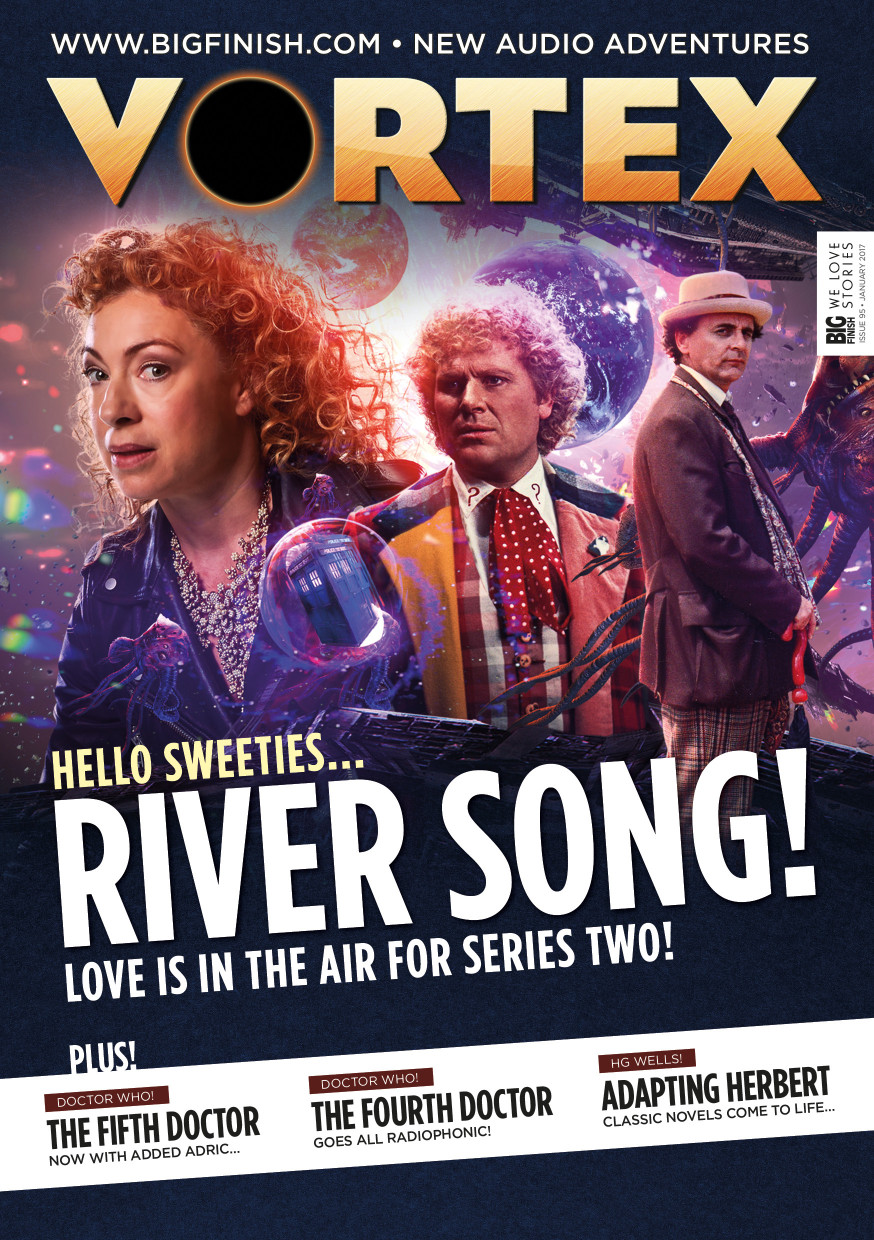 She's back, and meeting her husband not once but twice this time around... The Diary of River Song 2 is out on CD this month, and Vortex talks to writers Guy Adams, James Goss, Matt Fitton and John Dorney about this new release.

Matthew Waterhouse returns to the role of Adric for three new main range Doctor Who stories from this month, discussing his work for Big Finish in both the Doctor Who and Dark Shadows universes. Meanwhile the writers of these three stories give some insights on how the tales came together.

With Pathfinder Legends kicking off a third series this month with Curse of the Crimson Throne - Edge of Anarchy, we go back to where it all started, with Pathfinder Legends - Rise of the Runelords: Burnt Offerings available for £2.99 on Download all month. Producer and director John Ainsworth joins forces with actor Ian Brooker to remember the start of these epic adventures.

If you'd like to send in a question or comment, please drop us a line on enquiries@bigfinish.com and mark your e-mail 'Feedback'!