Due to popular demand, Big Finish has revived Adam Adamant Lives! as a series of full-cast, action-packed audio dramas. The setting is still a thoroughly authentic 1966, but this time Adam’s re-appearance decades after his vanishing in 1902 remains a mystery. And Adamant is tormented by the inner presence of his arch foe, The Face, as a constant companion buried in his psyche.

The first three fab adventures are available now from the Big Finish website as a collector’s edition CD box set and digital download, from just £16.99.

In 1966, the winning team who’d brought Doctor Who to TV screens (Head of Drama, Sidney Newman and producer, Verity Lambert) cooked-up an action hero series as the BBC’s answer to ITV’s top-rated off-beat spy-fi show The Avengers (which Newman had also initiated).

Their creation was Adam Adamant Lives!

The series made a TV star of Gerald Harper, who played the eponymous hero, Adam Adamant. An Edwardian adventurer and government agent, Adamant fell foul of his nemesis, The Face, in 1902, and found himself frozen in a block of ice with all life-signs suspended.

Awakening in the ‘modern’ world of swinging 1966, Adamant soon found his feet, enlisting the assistance of groovy Sixties youngster, Georgina Jones, and a butler, in the form of ex-thespian and Punch & Judy man, William E. Simms. Together, they zoomed into action in their Mini Cooper, fighting crime and defeating the bad guys - clashing with the fantastical, the downright nasty and everything in between. Their adventures were quirky, crazy and just a little tongue-in-cheek.

It’s a series that has been lost in the mists of time, with many of the original episodes wiped. But it's always been a firm favourite with cult TV aficionados, and some even suggest that it was the root inspiration for Austin Powers, Mike Myers’s comic International Man of Mystery.

In Big Finish’s full-cast audio production of Adam Adamant Lives! the mad-cap antics are all present, with plenty of groovy Sixties charm. However, author Guy Adams (a thriller and comics writer with strong audio drama credentials writing Doctor Who and Torchwood) has also reinvented the series as a dark, compelling, psychological drama, permeated by the feeling that absolutely anything could happen at any moment.

Nicholas Briggs said: “It was the idea of Big Finish listeners, writing in. Then there was suddenly an opportunity to get hold of the rights. I was searching for a writer whose eyes would light up when I mentioned the series, someone who would take my arm off to do it! And Guy was that man. He said, ‘Oooh now you’re talking!’ and was clearly seeing the possibilities.”

Guy Adams added: “I want to make sure that fans of the show don’t immediately fling it across the room thinking, ‘What have they done with my cherished Edwardian?’ But nonetheless, I wanted to find a little angle on it that would make it fresh and interesting to do. When you do something like this, you're really making a cover version, and there's really nothing so dull as a cover version that sounds identical to the original.” 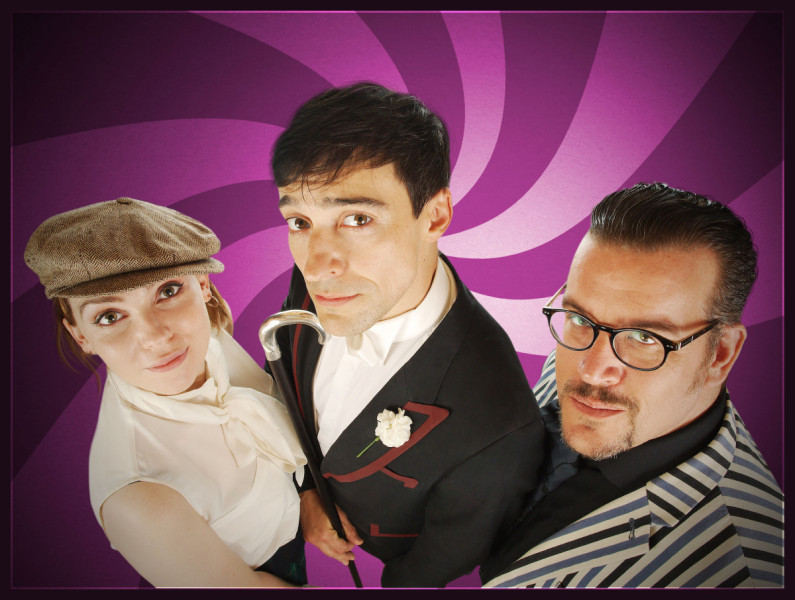 The new sound of Adam Adamant himself is actor Blake Ritson (Upstairs Downstairs, Da Vinci’s Demons, Krypton), who admitted, “He’s quite a vulnerable soul, constantly wrangling with his inner demons which manifest themselves as The Face — a kind of projection of his neuroses. So I think he's really casting around for someone to help him navigate this modern, strange world. And Georgina is brilliant at anchoring him. She’s a very similar spirit to Adam, with a passion for adventure and investigating.”

Milly Thomas plays Georgina Jones. She explained: “She’s been researching to write a book about an Edwardian adventuress, so she has quite a lot of knowledge of the era, including knowing about Adam. She’s very much a dreamer, preferring this archaic world of mystery, living in the world of her research. And then she meets Adam, and she's one of the few people who knows exactly who he is and is able to suspend her disbelief about his surviving into modern times. I’m very excited by her optimism.”

Adam Adamant Lives! A Vintage Year for Scoundrels is now available as a collector’s edition CD box set and digital download, from just £16.99.