Coming out in September 2018, Michelle Ryan (EastEnders, Merlin, Bionic Woman) reprises the role of Lady Christina de Souza, the mysterious cat burglar with a lust for life, in four new adventures made in arrangement with BBC Worldwide.

Lady Christina de Souza returns to Doctor Who with Big Finish Productions. The thrill-seeking thief was first seen in the 2009 Doctor Who special, Planet of the Dead, co-written by Gareth Roberts and character creator, Russell T Davies. In the final scene, Lady Christina flew off on the number 200 double decker bus...

Now listeners can find out what happened next in a brand new set of four audio adventures, where she’ll come across friends and enemies new and old, including a return of the villainous Slitheen and the formidable Sylvia Noble (Jacqueline King).

Michelle was thrilled to return to the role: “Being asked to revisit the role of Lady Christina was a very easy decision. Adventure, a sunny climate and mind-boggling scenarios are included in the scripts, everything I remember of my Doctor Who experience. Alas no David Tennant, but there’s a host of new characters to help along the way.

I love that we get to see a little more of her heart in the stories, that she does care about the greater good whilst also satisfying her curiosity for life.”

So hold on tight! Four new adventures start in September 2018:

David Richardson, senior producer explains: “Lady Christina de Souza was a standout guest character in Doctor Who. When she disappeared off in her flying bus, I wanted to know what happened next – and as it turns out, so did Russell T Davies! Russell very generously embraced the idea of us giving Lady Christina her own audio spin-off, and Michelle Ryan was delighted about the prospect of returning.

“This is a really strong return for Lady C. The scripts are glorious – fast, funny and thrilling – and we have a superb cast, including Warren Brown and Tracy Wiles, providing a link to our UNIT series as they reprise their characters of Sam Bishop and Jacqui McGee. All aboard the 200, it’s going to be quite a ride!”

Or get Lady Christina in a bundle with Jenny – The Doctor's Daughter, available together at £46 on CD or £40 on download. 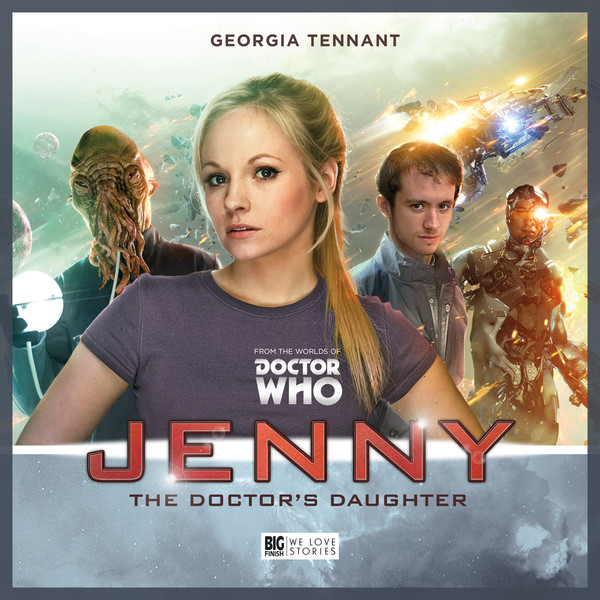 And you can hear Lady Christina's first performance at Big Finish in the upcoming Tenth Doctor Chronicles, available for pre-order now.