Lucie Miller, a brash, northern lass – and Doctor Who audio listeners favourite – is back in The Further Adventures of Lucie Miller available now at £19.99 on download or £24.99 on CD.

It’s been several months since Lucie Miller, Blackpool’s mouthiest, landed up travelling through space and time in the company of the Doctor, the last living person to believe that frock coats are acceptable apparel.

They’ve met Daleks on Red Rocket Rising, Cybermen on the planet Lonsis and alien monsters eating glam rockers at a service station just off the M62.

But their greatest adventures are yet to come…

1. The Dalek Trap by Nicholas Briggs

The thing about black holes is they’re big and they’re black and they’re deadly, and you’d have to be mad to go anywhere near them. Because anything that falls inside a black hole ends up crushed in the singularity.

Unfortunately, the Doctor just went mad, or so it seems, and flew his TARDIS beyond a black hole’s event horizon, causing him and his companion Lucie Miller to end up marooned on a planetoid just inside. Along with a Dalek saucer… and something else. Because this is no ordinary black hole…

This is the Cradle of the Darkness.

2. The Revolution Game by Alice Cavender

It’s Lucie’s birthday and her birthday treat awaits. But whatever she’s expecting, it’s not what she’s getting on the colony world of Castus Sigma in the year 3025: ringside seats for the interplanetary Retro Roller Derby – sponsored by Heliacorp, “turning sunlight into gold”!

It’s more than just a game, though. For the competitors it’s a matter of life or death – a new life with Heliacorp, or a living death on Castus Sigma.

Or, on this fateful day, a very actual death. Because there are strange creatures living out on the plain, beyond the colony. Creatures with every reason to want to sabotage the games. Creatures with a grudge.

3. The House on the Edge of Chaos by Eddie Robson

The TARDIS brings the Doctor and Lucie to a vast house on the planet known as Horton’s Orb.

The only house on Horton’s Orb, in fact. Outside its outsized windows there’s nothing. No land. No sea. No sky. No life. Just an endless expanse of static.

Inside the house there’s an upstairs and a downstairs: servants below; gentlefolk from the finest of the house’s families above. Alas, there are altogether too few eligible ladies on the upper floors these days. Meaning there’s a vacancy for Miss Lucie Miller, single and unattached…

4. Island of the Fendahl by Alan Barnes

The Fendahl is the death of evolution, the horror that lies in wait at the far end of the food chain.

The Fendahl is death itself.

And the Fendahl is dead. The Doctor destroyed it many years ago, in another incarnation when he encountered it in a place called Fetchborough.

But if the Fendahl is dead… how can it live again, on the remote island of Fandor? 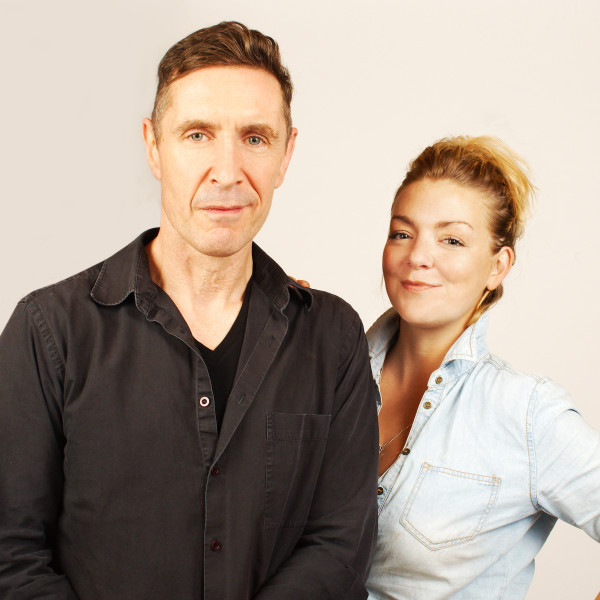 The Further Adventures of Lucie Miller is set between the first and second series of her previous adventures. “That’s between Human Resources and Dead London in The Eighth Doctor Adventures range,” explains writer and director, Nicholas Briggs, “although it becomes very clear, very quickly, that she and the Doctor have had many adventures after Human Resources before we meet her in the first of these new stories.”

Sheridan Smith said on reprising her role: “Oh my gosh – I will always make time for Lucie. I love her! Poor Briggsy has had to try and organise the schedules as Paul McGann has been so busy filming and I’ve been working – but we managed to get this week when we could both come in. It worked out great – Nick was free to direct and it all came together – all the mates are back. I’m so thrilled to be here again.” To read the whole interview with Sheridan download Vortex magazine issue 124 absolutely free here:

You can also hear a free excerpt of these adventures if you subscribe to the Big Finish newsletter. Just sign up here.

Plus to celebrate the return of Lucie Miller, there is a HUGE 50% off ALL PREVIOUS adventures with Lucie Miller (i.e. the only exception being The Further Adventures of Lucie Miller) in the new Lucie Miller Collection. Just use offer code BLACKPOOL at the checkout to save 50%.

Or you can save even more money with one of our reduced price bundles. The offer code won't work on bundles, but they have been manually adjusted to reflect the offer.