Coming out in May 2018, Kate Stewart must ally herself with one of the most evil men in the galaxy to save us all†¦ Featuring the Master and a new race of Cybermen, further details of the episodes are out now. 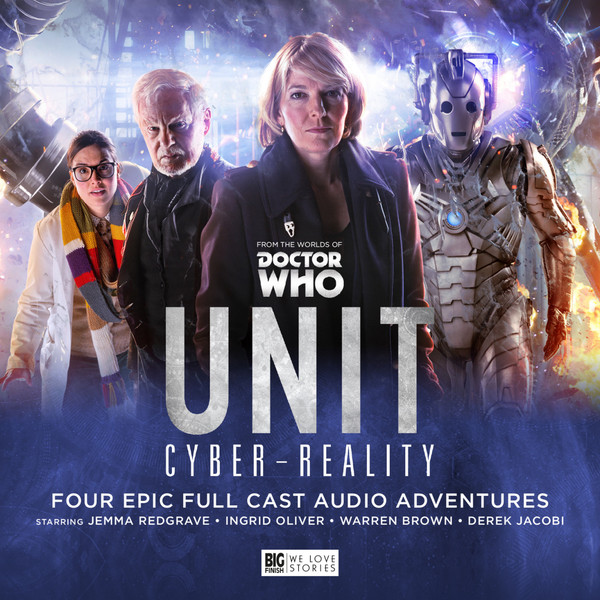 The Auctioneers. A secret global network, collecting and exploiting alien technology for maximum profit. After they threaten UNIT, the consequences are grave. Kate Stewart has vowed to take them down.

But another menace is close. The Cybermen are coming, and UNIT’s only hope could be its greatest enemy. The Master.

UNIT 6.1 Game Theory by Matt Fitton
Sam Bishop is missing. Lost at sea, imprisoned with a valuable hostage, UNIT’s troubleshooter will need all his skills to survive.

To save their comrade, Kate Stewart and Osgood are offered a deadly challenge. But this game might be impossible to win…

When the team is attacked, Kate tries to assist. But it seems the technology itself is doing all it can to keep her apart from her people.

UNIT 6.3 Code Silver by Guy Adams
The Cybermen are coming. Across the barriers between universes, conquering all before them. Conquering and converting.

As her troops fight a relentless enemy, Kate battles to lock down the threat. But how long can UNIT resist?

UNIT 6.4 Master of Worlds by Matt Fitton
The Cybermen are close to victory. A world under Cyber-control. A new paradigm to expand the Cyber-race.

Fresh from the Time War, the Master arrives at the hour of Earth’s greatest need. But he really doesn’t care…

Make sure you pre-order this ultimate showdown of the century! UNIT – Cyber-Reality will be released in May and is available for pre-order now at £23 on CD or £20 on download.

Or you can save money in a bundle and get UNIT – Cyber-Reality (series six) with UNIT – Encounters (series five), UNIT series seven and UNIT series eight at £90 on CD or £80 on download.

If you’ve not heard any of the UNIT releases before, you can download the first episode of the first series UNIT – Extinction for FREE here.

And have you heard the War Master in his own series yet? Only the Good came out in November last year, and was a big hit with the critics.