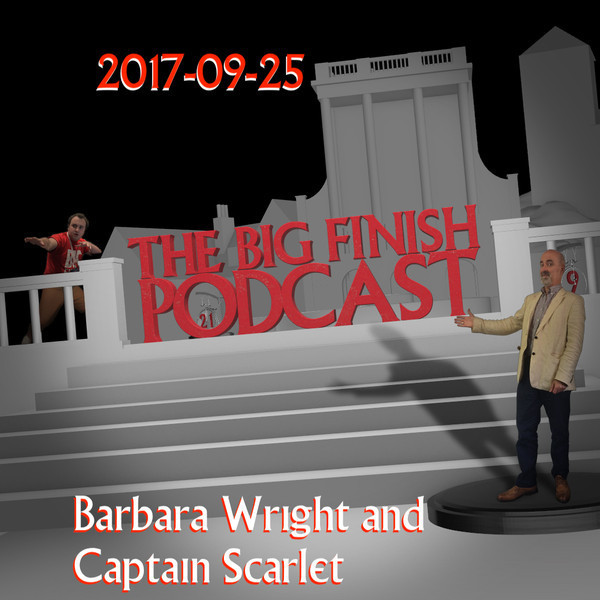 Nick and Benji get straight to the point. Sort of.

Big Finish News - a Doctor Who Short Trips bonanza and a Martian update...

Captain Scarlet's 50th Anniversary - Gerry Anderson's son, Jamie, chats with Nick about Captain Scarlet and International Thunderbirds Day. A bit of deconstruction and some chuckles along the way...

Listeners' Emails - More from our loyal listeners. You can join in simply by emailing podcast@bigfinish.com.

Randomoid Selectortron - another random release is selected from the Big Finish archive... and Ran has done it again! It almost seems to be planned.

Latest Releases - Nick sums up what's new and available to listen to right now, but worries that some of the Doctors are going to kill him. What?!?

Drama Tease - An action-packed extract from one of the upcoming Spectrum Files.

This podcast is officially released on Monday 25th September. Sneaky release is on Sunday 24th September for those whose Sunday could never be the same without it. Just press one of the handy grey buttons below to stream or download.

Check out other editions of the Big Finish Podcast in the range here, enabling you to put them into your account and listen via the Big Finish Listening app on Apple and Android devices!