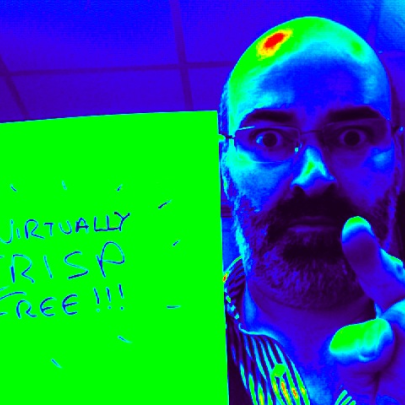 Of course, we are rather mortified that a small number of people on our forums are annoyed about our frivolous crisp-themed podcast. To make amends, we are releasing a virtually crisp free version of the second January Podcast.

All moments of intense crunching have been muted and, when possible, background munching has been suppressed. This does mean that some of the more frivolous content has been removed, but we trust that, for those offended by people talking with their mouths full and wittering on about nonsense (quite right too), this will be a far more tolerable experience.

To recap, the whole crisp issue arose because we were rushed off our feet and could only fit podcast recording in around lunch time. We were therefore often eating, but, being extremely badly brought-up people, we thought that no one would mind. And then, lots of people wrote in saying how amusing they thought all the food stuff was. So, we admit it, we played up to it a bit, thinking it was all 'a bit of a laugh'.

Even though it is quite clear that only a small minority actually find our attempts at food-based humour offensive, we have a responsibility to all our listeners - and it is probably true to say that those complaining most are among our most loyal followers. So, be warned, there will be one more podcast containing crisp references (the third January 2011 podcast, out next week). But after that, there will be no more crisp or food offensiveness.

And as a gesture of good will, we have issued this re-edited version of the second January Podcast, tailored to avoid offending anyone who does not appreciate the inclusion of percussive digestion in a podcast.