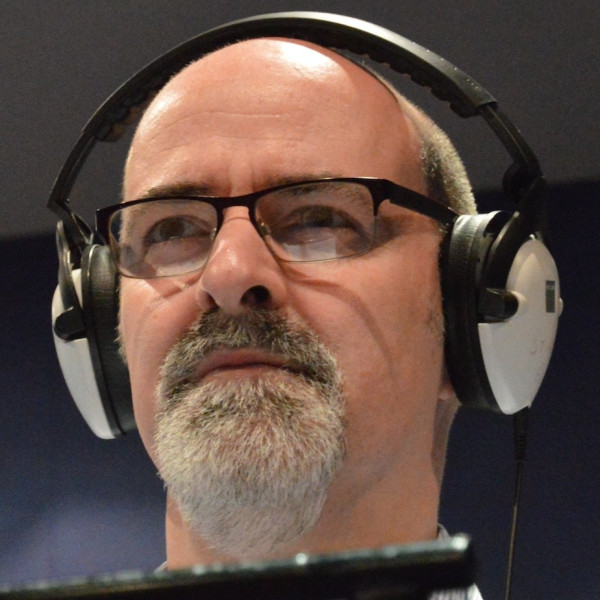 It's ten years since Nick Briggs became co-executive producer of Big Finish Productions. His friends and colleagues celebrate this fact in a not entirely serious tribute.

Nick has worked for Big Finish from the very beginning. He wrote, directed and did the sound design and music for the company's very first Doctor Who release, The Sirens of Time, back in 1999. He worked on many of the company's most popular releases, including Sword of Orion, Jubilee and Dalek Empire. He became executive producer in 2006.

Sneakily, behind Nick's back while he's on holiday, line producer David Richardson and sound designer Martin Montague set about creating a celebratory podcast, surreptitiously grabbing hold of as many guests as they can at extremely short notice. The result features contributions from Tom Baker, Peter Davison, Sarah Sutton, Katy Manning, Matthew Waterhouse, Janet Fielding, John Leeson, Ken Bentley, Barnaby Edwards, Jamie Anderson, John Dorney and others... plus many clips of Nick, frankly, larking about a bit.

Nick is firmly of the belief that he's not under the spotlight and that people probably aren't aware that he's even doing the job. Listen to this and see if you agree.

Podcast service will return to normal next week.