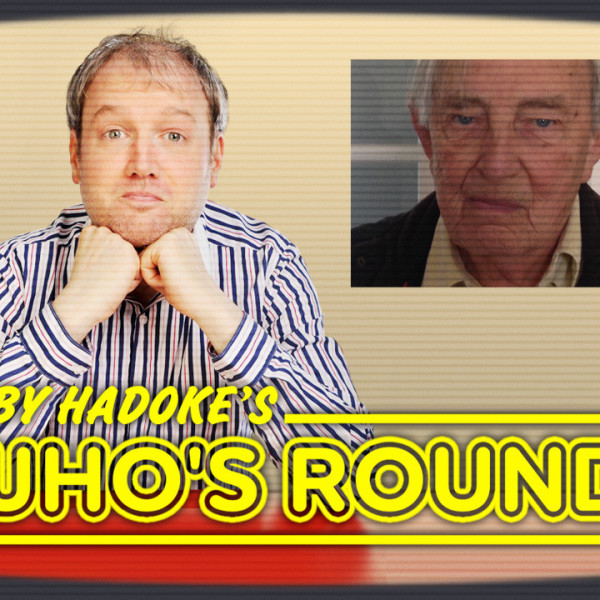 He's back! And it's about (a) Time (Lord)! Toby Hadoke seeks out a fresh interviewee to kick off a new run of podcasts focusing on the many heroes both in front and behind the camera on the first 53 years of Doctor Who...

In Doctor Who's anniversary year of 2013 Toby Hadoke was given a challenge: to track down and interview someone connected to every single Doctor Who story broadcast on TV at that point.

It was a challenge he should never have accepted.

For his plans to just raid his black book from years of DVD commentaries, and cover whole eras with a single visit began to unravel, and soon he was travelling the country and Skyping the world, looking for people rarely (if ever) interviewed, or to get new angles from old subjects. The resulting run of Toby Hadoke's Who's Round has evolved into a huge and comprehensive archive of television history both old and new, with many fascinating people and stories along the way:

Following a break from December last year while Toby was on stage in Manchester, Who's Round is back. As ever, no one involved has been paid for their time, but the interviewee does nominate a charity close to their heart, and if you can possibly make even a small contribution then a good deed spreads out further into the world...

Many actors have passed through Doctor Who over the years. This one appeared in just one TV episode of the classic series but still has a huge claim to fame in terms of his contribution to the myth - over practically every medium. He's also worked extensively with both the National and the RSC and with most of the theatrical greats of our time. Still going strong and with a voice to die for, his anecdotes will pour themselves into your ear like liquid gold.

To listen to any of the other 199 interview podcasts that Toby has carried out so far in this entertaining range, simply visit the Toby Hadoke's Who's Round pages - where there's a complete list of guests - to get any of them as free downloads!

On the 28th May, Toby is doing the Manchester 10K Run in aid of TripleC (a charity helping disabled people get access to the Arts)  - if you can sponsor him at all it is in a very good cause!