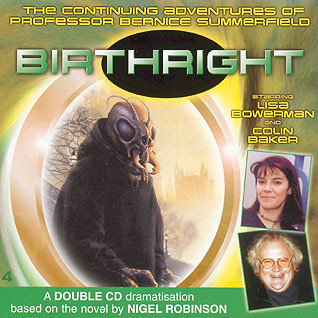 Download
US $6.01
Buy
Save money with a bundle Login to wishlist
11 Listeners
recommend this

"If the human race were to die tomorrow, insect life would carry on regardless. Insects might even become the dominant species!"

Thrown off the Time Path, Professor Bernice Summerfield is trapped in early 20th Century London, with only one of the pair of time rings she needs to get home. At the other end of time, her ex-husband Jason Kane finds himself stranded on a dead world, where the queen of the Charrl demands his help to save her dying race. But all he wants to do is find Benny, and return to the 26th Century.

In the East End a series of grisly murders has been committed - is this the work of the legendary Springheel Jack or, as Benny suspects, something even more sinister? Allied with a Russian detective, she determines to find out. But the master of a grand order of sorcerers has other plans for her...

Recorded on: 5 and 6 November 1998
This story is based on the original novel of the same name that was part of the New Adventures series of books released by Virgin Publishing Limited.