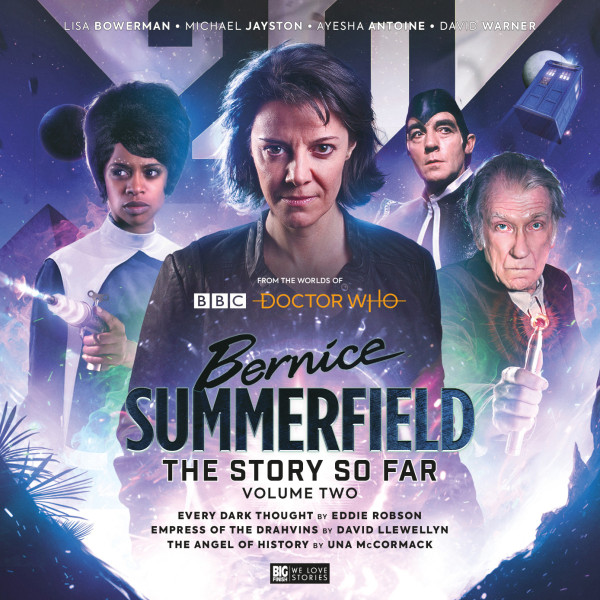 Download
US $24.63
Buy
Save money with a bundle Login to wishlist
11 Listeners
recommend this

The second of two three-story full-cast sets released to celebrate the 20th anniversary of the archaeologist and Doctor's companion, Bernice Summerfield.

4. Every Dark Thought by Eddie Robson

The Doctor has asked for Benny's help digging up some mysterious ruins. He claims they contain the secret of eternal life. Why would the Doctor want that?

5. Empress of the Drahvins by David Llewellyn

Benny and her friend Ruth honestly don't mean to cause a revolution. When they crashland on the planet Drahva, they just want to get off it immediately. But the fearsome matriarchy has other ideas for Benny and Ruth. For one thing, they need a new empress.

6. The Angel of History by Una McCormack

Annis is an archaeology lecturer at a university. Under fire from friends, students and the police for holding entirely the wrong view of history, the only person who seems to believe her is a mysterious Professor.

Good Fact: Bernice Summerfield  - The Story So Far is superb!

Previous release in this range: Bernice Summerfield: Ever After Happy (excerpt)