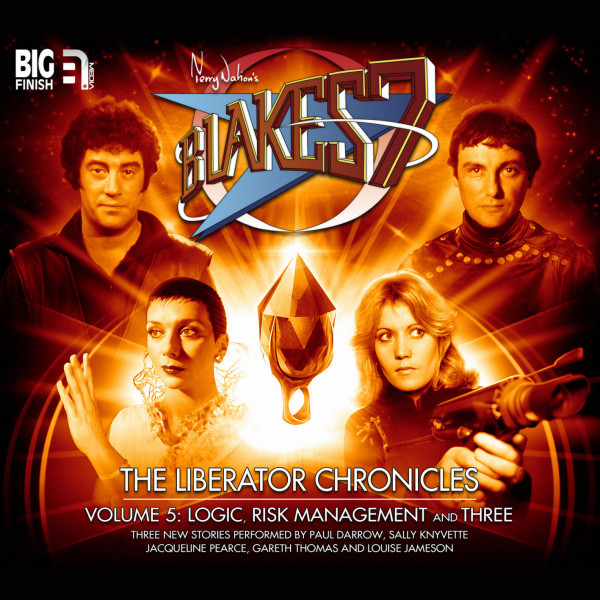 Download
US $12.00
Buy
Save money with a bundle Login to wishlist
10 Listeners
recommend this

Three enhanced audiobooks performed by the stars of the classic BBC television series. These stories are set during Season 2.

Pol Astat Constable is an ordinary woman living an ordinary life in a domed city on Earth. Her very ordinary job involves looking for errors of logic in computer code.

Then one day an intruder breaks into her rooms and changes everything forever.

His name is Kerr Avon, and he is taking her outside to face a terrible secret...

Pol's life is ordinary no more.

Blake and Jenna come to the aid of the planet Sutskar, which has fought off the shackles of the Federation and won independence and freedom.

But the ruined world needs finance, and so the sale of rare Galveston crystals is vital to its future and any hope of rebuilding.

The only person trusted to broker the deal is Roj Blake... But Blake is not prepared for the secrets and lies he will uncover.

Cullen is a journalist in search of a big story - and he has landed the scoop of a lifetime. An interview with Supreme Commander Servalan herself.

Summoned to Space Command Headquarters, Cullen is able to ask the Supreme Commander any question he chooses.

But as Servalan takes him through her life, little does Cullen know how his own story will actually end...