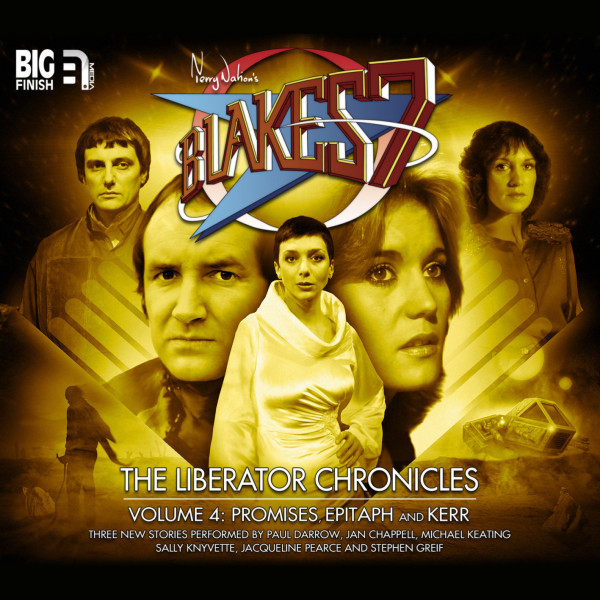 Download
US $14.50
Buy
Save money with a bundle Login to wishlist
8 Listeners
recommend this

Three enhanced audiobooks performed by the stars of the classic BBC television series. These stories are set during Season 1.

Cally is alone with Travis, Blake's mortal enemy, both trapped on this desolate world - and someone has brought them here for a reason.

As they delve into the past, a long-hidden secret that links them both is uncovered.

When the Liberator picks up a distress call from a stricken strip, Jenna and Vila teleport across. For Jenna, it's the chance for a reunion with a fellow smuggler.

But the cry for help is not what it appears, and Jenna will meet the surviving members of her family.

The reunion will take her on a deadly mission - one from which not everyone will come out alive...

Supreme Commander Servalan believes she has a vital insight into the Liberator crew - a clone of Avon.

And he offers to spring a trap that will bring down Blake and his crew.

But can the clone be trusted?