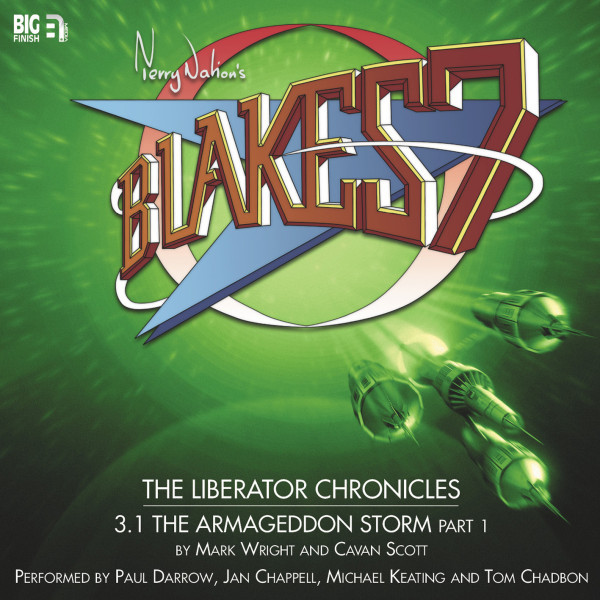 3.1 The Armageddon Storm Part 1 by Mark Wright and Cavan Scott

Now their paths cross again. Grant has learnt of the existence of the Armageddon Storm, a terrifying new Federation superweapon.

Avon finds himself in a race against time, with his crew's lives hanging in the balance. But what will Grant do when he finds out about the blood on Avon's hands?