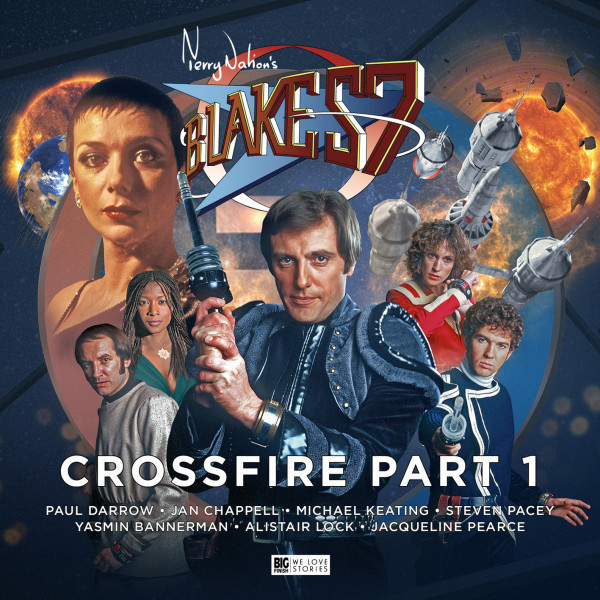 CD + Download
US $30.73
Buy
Download
US $24.58
Buy
Save money with a bundle Login to wishlist
10 Listeners
recommend this

Erewhon was a legendary vacation planet - until it was ravaged by acid storms. A new friend brings the Liberator crew here, their objective: to assassinate an old enemy. But what they find beneath Erewhon’s surface will plunge the galaxy into turmoil.

A criminal scheme threatens the balance of power in the Federation, and Vila's skills offer the best hope of containing the chaos. Bolstered by Cally's telepathy, he leaps into action - but when Servalan arrives on the scene, the situation quickly spirals out of control...

Blake’s 7 continue to be interesting stories with a great cast that clearly love revisiting and playing these parts. The crew do superb work on sound design and music giving listeners and fans as much as they could possibly want.

The stories are the real stars here though and if you’re a fan, of any degree, you’re going to love these.

Fearless: A tour de force performance from Michael Keating makes this one of the most enjoyable Blake’s 7 adventures. 9/10

Paradise Lost: An opportunity to deal with Servalan once and for all? Not something that many on board the Liberator would be willing to pass up… 9/10