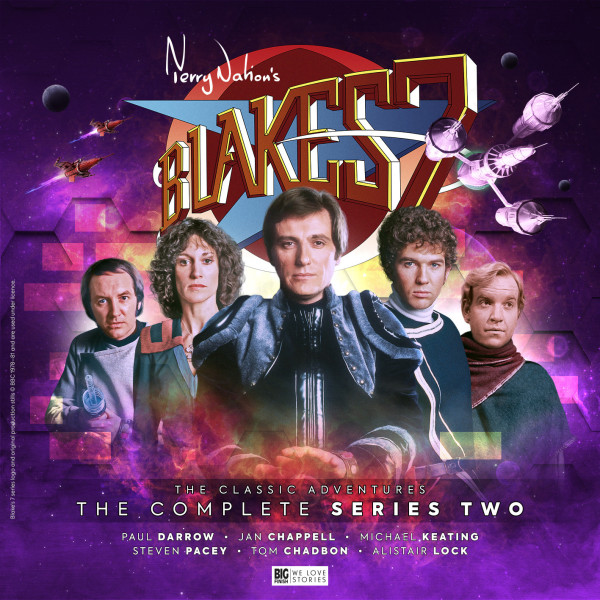 Download
US $24.99
Buy
Save money with a bundle Login to wishlist
3 Listeners
recommend this

Dayna has gone missing from the Liberator. In their search for her, Dayna’s former crew mates face perilous encounters, new dangers and old adversaries…

The crew of the Liberator awaken to find one of their own missing. Where is Dayna? Has their friend been taken or has she deserted them?

The search for Dayna leads them to a deserted ship in the middle of a dangerous asteroid field.

But what is the secret of the Scimitar and can Avon get every member of his crew out of the asteroid field alive?

The search for Dayna takes the Liberator to Solace, a former galactic tourist trap fallen on hard times.

When he loses a second member of his crew, Avon is forced to investigate a series of mysterious disappearances. As Orac and Del Grant track a radical new movement that is campaigning for the purity of Solace, a deadly trap begins to tighten.

A voice is calling in the darkness. A voice that only Cally can hear.

Vila has abandoned his crewmates, searching for the mythical water of life. With Cally acting suspiciously, Tarrant and Grant face danger at the heart of paradise.

A gift is being offered. A gift that will cost one member of the Liberator crew dearly. But will Cally accept?

Vila is scared. Of course he is. Vila is always scared.

He should feel safe. He is on board the Liberator, the most powerful ship ever constructed. He is home - but he is certainly not alone.

And Vila has nowhere to run.

When Del Tarrant joined the Liberator he thought he’d left his past behind him – the gallant Federation officer with friends in high places.

But the past has a habit of catching up on you. A man the Liberator crew thought dead crosses their path, now a fugitive on the run.

He brings talk of an alliance, of a brave new future – but is Avon prepared to make a deal with the Devil?

2.6 Truth and Lies by Justin Richards

The search for Dayna has led the crew of the Liberator half way across the galaxy, but now Avon knows why she left them.

He knows where she went. He knows what she was looking for. But can he find his missing crewmate before it is too late?

The answers lie on a planet called Appallon Five – but so does danger and betrayal.

This series takes place during the third season of Blake's 7, after the TV episode Rumours of Death and after the Big Finish story The Armageddon Storm