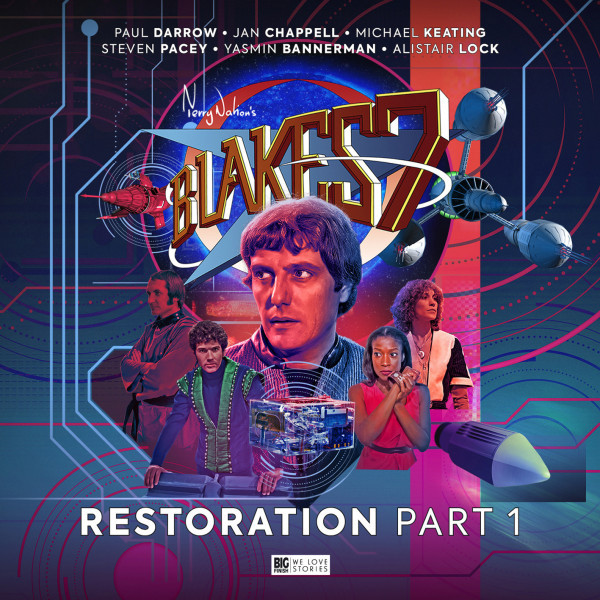 CD + Download
US $42.35
Buy
Download
US $29.99
Buy
Save money with a bundle Login to wishlist
17 Listeners
recommend this

Damaged beyond repair, the Liberator is hurtling out of control. With Zen down, Avon injured and Tarrant losing his mind, what can the crew hope to achieve in the time they have left?

5.2 The Hunted by Iain McLaughlin

In a stolen ship, Avon and Vila try to hold off a fleet led by the President of the Federation, buying time for Dayna, Tarrant and Cally to scavenge parts to save the Liberator.

With the Liberator crippled and vulnerable, Tarrant and Cally are given just twenty-four hours to end the violence on Gamma Vynos II or kill the person responsible: Avalon.

The Liberator is falling apart. Its life support systems are failing. The ship can no longer sustain five crewmembers. But who will stay and who will leave? Both options seem equally deadly...

Recorded on: 23-25 July and 1 August 2018
Recorded at: WiseBuddah, The Soundhouse and Beatsabar Music Project

These stories are set during the TV series' third season, and follow directly on from events in the Crossfire trilogy.