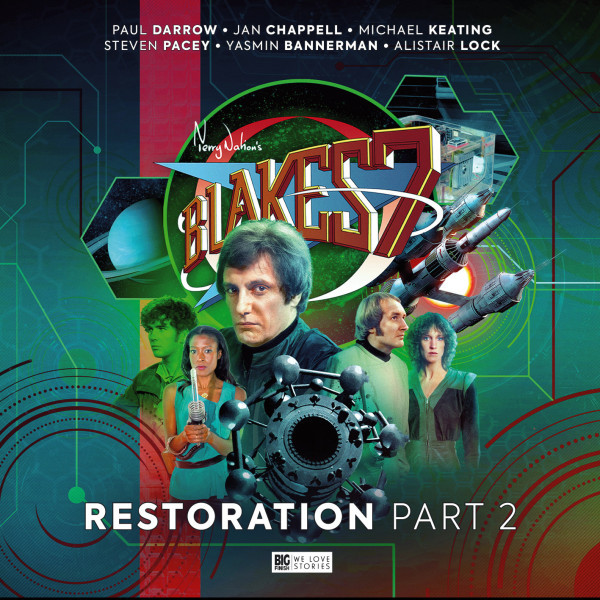 CD + Download
US $42.63
Buy
Download
US $29.99
Buy
Save money with a bundle Login to wishlist
16 Listeners
recommend this

5.5 The New Age by Mark Wright

The dying Liberator arrives in orbit of Eloran, a world Avon believes could offer respite from their current trials. All that stands in the way is a primitive society, a charismatic leader and the fracture lines threatening to destroy the crew from within.

5.6 Happy Ever After by Steve Lyons

The people of Zareen have seen the future. Their queen will be married to a handsome stranger, and they will enjoy a blissful life together. So, how can Tarrant possibly refuse...?

In the wreckage of a ruined world, Dayna and Cally encounter Mida and Veskar, who must escape the attention of those who once ruled them. Although defeated, the System still seeks to take control.

Avon must convince the mysterious Selene to reveal the secret of Hyperion and save the Liberator – but the Federation is closing in on the crew, and what Selene knows could change everything...

These stories are set towards the end of the third TV season, and follow directly on from events in Restoration Part 1.

Big Finish's high production values are again evident. The music and sound design provide the different worlds with distinct and vivid soundscapes... The dialogue is lively and natural, and the performances are consistently good; the guest actors bringing energy and verve to the new characters, while the regular cast continue to reprise their roles as if they had never been away.