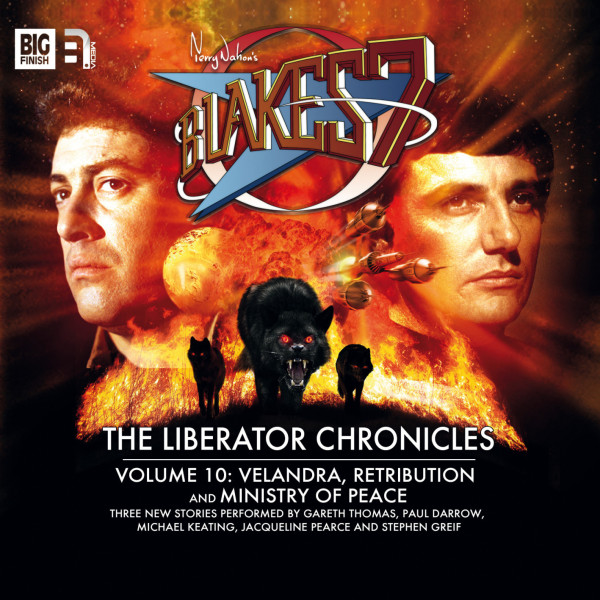 CD + Download
US $18.56
Buy
Download
US $14.84
Buy
Save money with a bundle Login to wishlist
7 Listeners
recommend this

Blake is having bad dreams: a swamp, wolves, a woman called Velandra… and Travis. Could this be a memory that was erased by the Federation?

A distress call leads Avon and Vila to an old tracking station on the moon of Lorean. It was sent by Ragnus Lang, formerly Vila’s partner-in-crime. And now Lang needs Blake’s help.

10.3 Ministry of Peace by Una McCormack

The Liberator crew are on the planet Speranza to assist its new interim government.  But is the planet a beacon of hope in the fight against the Federation – or is Speranza’s history about to take a darker path?