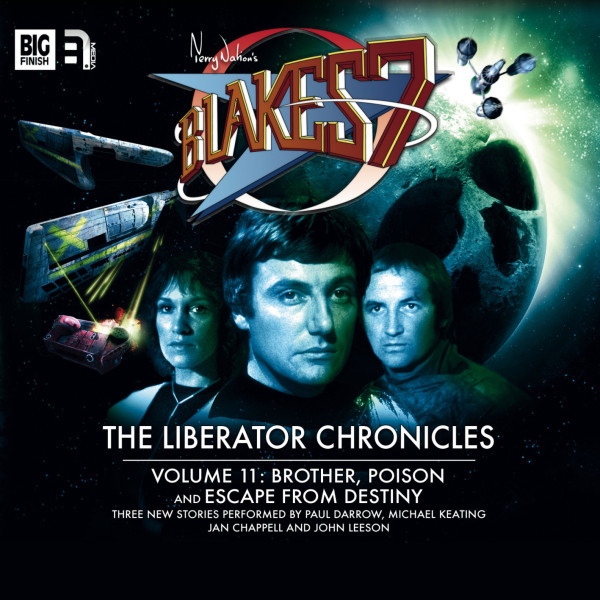 Download
US $20.00
Buy
Save money with a bundle Login to wishlist
4 Listeners
recommend this

Auron scientist Gustav Nyrron is back aboard the Liberator, on his way home. But Avon does not trust him, and soon a drugged Nyrron wakes to find himself in Avon’s clutches on a devastated world. In this desert, their pasts are waiting for them… and a devastating truth that will shake their very beliefs to the core.

Federation Freighter Antares is a ship with many secrets. Why is it making regular runs to a heavily guarded frontier world? Why is the hold out of bounds? And who is watching the crew’s every move?

Events take a dangerous turn when two new recruits come on board. Will Jance and Voss survive their very first mission together?

11.3 Escape From Destiny by Andrew Smith

When the Liberator receives a distress signal from a planet it once helped save, Cally and Vila journey to a civilisation on the brink of collapse.

There, they encounter Pasco, a scientist Cally first met years ago. The Federation is closing on Destiny - but should Vila and Cally stand in the way this time?

These three tales give us the chance to understand a little more about people and places we recognise but didn't really know. With all three characters, we are left to wonder what might have been. The sound quality, particularly the echoes, give the listener a sense of scale in the different settings and spaces. Fascinating, too, how the music creates or subtly changes the atmosphere of each scene. Between them, music and fx flesh out the stories. It takes skill to do this well, but it's what we've come to expect from Big Finish.