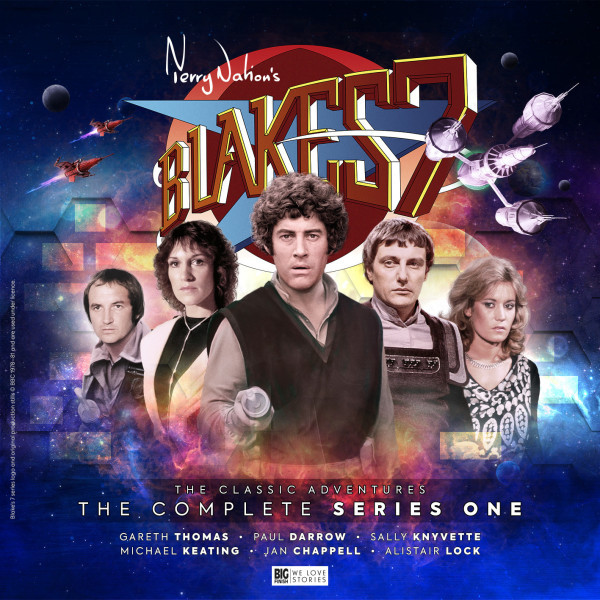 Download
US $30.74
Buy
Save money with a bundle Login to wishlist
9 Listeners
recommend this

An attack by Travis and a squad of Federation pursuit ships leaves the Liberator damaged, its engines in desperate need of repair.

Blake is forced to take his ship into The Derelict Zone, which is filled with hundreds of drifting spacecraft that never made it out alive...

The same fate awaits his crew. Because the time long expected has come... one of them has turned traitor.

Blake and the crew of the Liberator have a new mission - and their target is on Straxis, a planet also known as Battleground 9. Straxis is a training ground for thousands of Federation troops, and the Liberator has journeyed directly into their sights.

Has Blake finally picked a battle he cannot possibly win?

After taking drastic emergency measures, Blake, Vila and Cally teleport back into a war zone in a bid to make new allies. But the Federation is testing advanced new weaponry here.

And Vila looks set to be an early target…

Orac has tracked Space Major Kade – the man who killed Jenna’s father – to the planet Vere.

Jenna wants her revenge, but that must wait. Blake needs her to pilot the Liberator to Stellidar Four, where he has a small window of opportunity to solve the mystery of a new Federation device.

It’s a daring plan. And it could be the beginning of the end for the Liberator crew.

When Travis scores a victory over the Liberator crew, Blake is willing to risk everything in order to get back what is theirs.

The destination is the uninhabited ice world Horst Minor, where eugenics specialist Dr Tirus is working on experiments for the Federation President.

Horst Minor has many secrets. And Blake is not going to like what he finds there...

Roj Blake and the President of the Terran Federation stand face to face. Two men with polar opposite political views, meeting for the first and last time.

The long crusade is at an end. And Blake stands to lose everything that matters in his life...

Recorded on: 2013
Recorded at: Audio Sorcery

This series takes place during the second season of Blake's 7, after the TV episode Pressure Point.

Six audio adventures re-released as one collection - what's not to like? These tales are engaging, exciting and not a little disturbing. Classic Blake's 7, in fact.