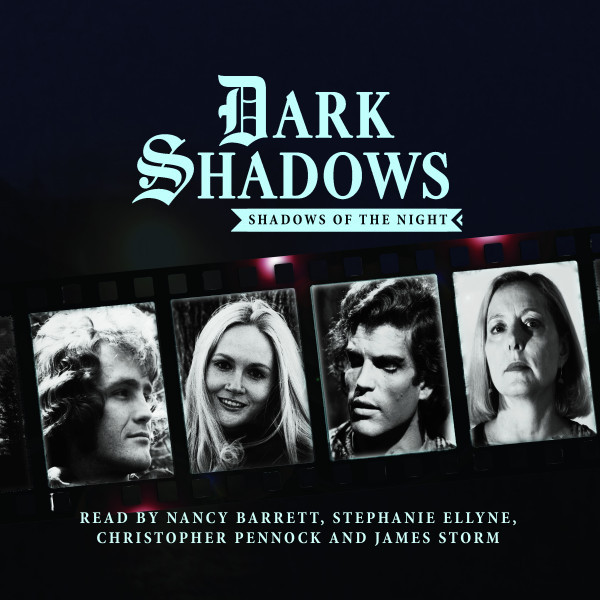 6. Dark Shadows: Shadows of the Night

CD + Download
US $19.99
Buy
Download
US $12.99
Buy
Save money with a bundle Login to wishlist
5 Listeners
recommend this

Trio by Nick Myles
Carolyn Stoddard and Amy Jennings are the greatest of friends and they would never let a man come between them. But the mysterious pianist Jude is no ordinary man…

Honeymoon From Hell by Antoni Pearce
Cyrus Longworth and Sabrina Jennings have finally defeated their demons and are now married. But, when on their honeymoon in Germany, they see a man watching them can they be sure that they've escaped their past?

Retreat by Daniel Hinchliffe
Amy Jennings may be on vacation, but when a last day in Paris becomes a hunt for a friend through a long-neglected bookstore, it seems there are some things you can never run away from...

1:53 AM by Lila Whelan
Doctor Robert Harper is visited by his old friend, Carolyn. She needs his help to investigate what appears to be a case of possession in a typical suburban house. But he is about to discover that it’s not only the Collins family who have dark secrets…

Trio is set after On The Line in Dreams of Long Ago.

Honeymoon From Hell is set after the flashback sequences in Deliver Us From Evil.

Retreat is set after Bloodlust and Bloodline

1:53 AM is set after Return to Collinwood.

Readings such as these are able to get inside a character’s head in a way that a piece of dialogue simply cannot do.

Shop all audiobooks
Previous release in this range: Dark Shadows: Love Lives On