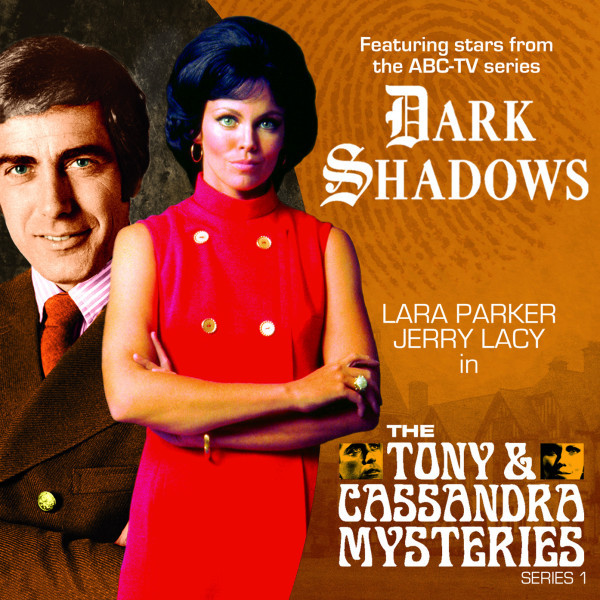 CD + Download
US $43.30
Buy
Download
US $37.12
Buy
Save money with a bundle Login to wishlist
7 Listeners
recommend this

1.1 The Mystery at Crucifix Heights by Philip Meeks

At a rambling mansion called Crucifix Heights and cut off by a ferocious snowstorm, Tony and Cassandra have been hired by separate clients to attend an auction of deadly arcane objects and artefacts.

The pair at first struggle to reconcile their differences but then people around them start dying horribly, one by one. They have to try to work together because the killer at large is ingenious and seemingly unstoppable. Everyone stranded at Crucifix Heights is in peril. Including themselves.

1.2 The Mystery of La Danse Macabre by Zara Symes

“I don’t take kindly to almost being killed. One attempt, maybe two; well, fair’s fair. But I won’t stand for three.”

Tony and Cassandra knew when they took their first case together that there would be a few bumps in the road but when the supernatural detective duo arrive at Busby Hall in downtown Boston, a dilapidated music hall that's rumoured to be haunted, they'll find that there's more danger afoot than just things that go bump in the night.

Battling against curses, bargains with the dark side, and more than one attempt on their lives, will Tony and Cassandra be able to overcome their differences and work as a team? Or will this be their last waltz?

“Nobody move! There's a man standing in the doorway of the cockpit…"

When Tony and Cassandra board a flight bound for home they think that their latest case is behind them until a terrifying creature begins to murder their fellow passengers. Something is hunting the people on Flight 493, and Tony and Cassandra must deduce what connects it with a story about a little boy who's terrified of what might be under his bed… before it's all far too late...

1.4 The Mystery of Karmina Sonata by Aaron Lamont

"So just for clarity’s sake. You think you’ve accidentally unleashed a demon from the Spirit World during a bogus seance which is... potentially... killing your wealthy clients. And you want us to stop it before it gets to you. Have I missed anything...?"

When Karmina Sonata arrives in their office, Tony and Cassandra think it’s just another case. A séance gone wrong, a few violent deaths... Par for the course, if you specialize in the unusual. But what if this is not just another case? What if something else is going on? And what if, just if, their sins are about to find them out? Because for Tony and Cassandra, things will never be the same again...

Behind the Scenes Interviews