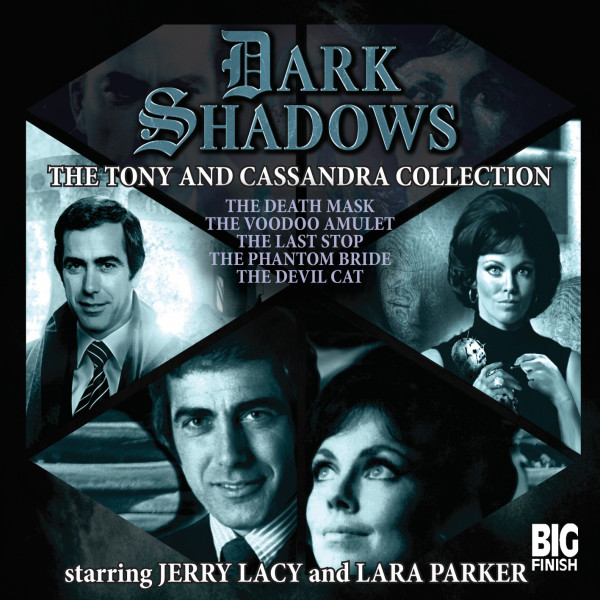 Download
US $24.59
Buy
Save money with a bundle Login to wishlist
6 Listeners
recommend this

She’s a witch. He’s a private detective. And when they get together, it’s magic...

“One of you is a murderer! None of you are above suspicion. You all had something to lose.”

Moments after welcoming his guests to a party, millionaire Harrison Pierce is murdered. But his death is only the first of many as, trapped on an isolated island, his guests start to die in increasingly bizarre ways.

Attorney Tony Peterson must join forces with a woman who destroyed his life years before, the beautiful but deadly Cassandra Collins. But can she be trusted? And what really is the secret of the mysterious Death Mask?

"We're surrounded by the living dead and you're worried about breaking the law?"

Supernatural investigator Tony Peterson is summoned by the devious witch Cassandra Collins to the bustling city of New Orleans. On the trail of the mysterious Voodoo Amulet, they're hunted through bars, hotels, train stations and graveyards by the police, criminals, black magicians and zombies.

Can Tony and Cassandra escape with their lives... and their souls?

3. The Last Stop by David Llewellyn

"Every man's a gambling man, don't you think?”

Tony Peterson is a lucky man. He's just caught the last train back to Collinsport. It's been a good day - he's renewed an old friendship and been offered a job he cannot refuse. His life is about to change.

But Tony Peterson's luck has just run out. The last train home will turn out to be a very long journey. Will Tony be able to trust the only other survivor? And what decision will Tony make when he's presented with another offer he cannot refuse?

“I'm Tony Peterson and this is my wife, Cassandra.”

A liner sailing across the ocean to London. Happy couples enjoying a relaxing few days of fine food, fine wine and the fresh sea air.

Until they start dying. Because also on board is a ghost seeking vengeance. A ghost of a woman who died in 1929.

Private detective Tony Peterson and the witch Cassandra find themselves embroiled in yet another mystery. Can they solve the dead bride's murder before they, themselves, become her latest victims?

"Only we could get lost in the English countryside and find ourselves trapped in The Wicker Man!"

While on vacation in England, detective Tony Peterson and the witch Cassandra visit Tony's estranged cousin Lord Trent Malkin and his wife Ruby. The two couples team up to investigate the disappearance of a maid from the manor and a series of murders by an ancient cat cult. Complicating things are hostile villagers, an unfriendly vicar and amateur sleuth, Miss Emma Simon.

Who can be trusted in the village of Little Bascombe? And if the legend of a Devil Cat wandering the countryside in search of souls to devour is true, are Tony and Cassandra about to face the greatest threat of their lives?