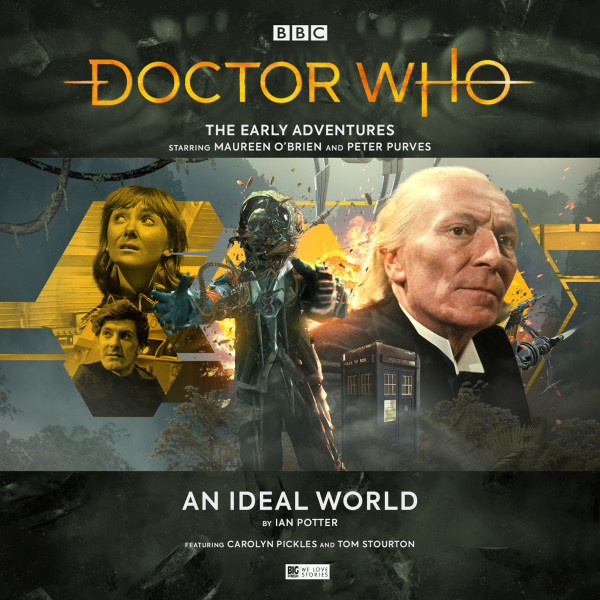 Download
US $13.25
Buy
Save money with a bundle Login to wishlist
13 Listeners
recommend this

Light years from Earth, a vast human spaceship hangs in orbit over a cloudy alien planet. The crew have been travelling in cryosleep for many years, looking for a habitable world to settle, and have at last located one with potential.

However, they’re not the only people to have arrived in this place. The TARDIS has landed on the planet’s surface. The Doctor, Steven and Vicki explore and quickly find themselves separated.

But it isn’t merely the hostile environment and rogue terraforming drones they’ll have to deal with. Something else is living on this world. Something deadly and waiting to consume.

It’s an ideal world. But ideal for whom?