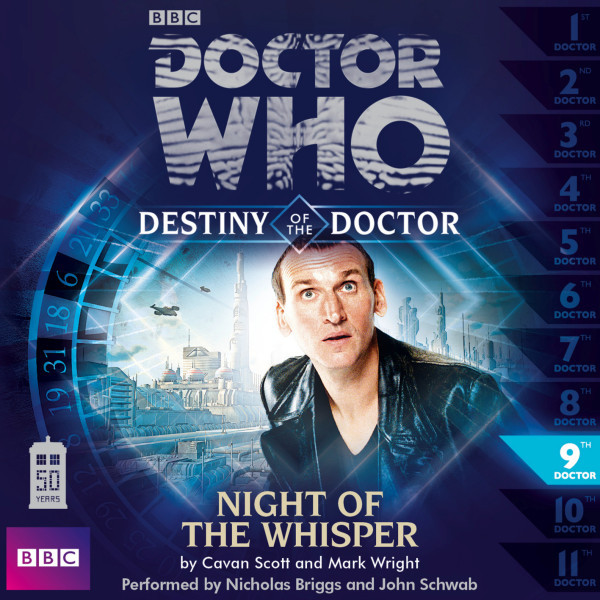 9. Doctor Who - Destiny of the Doctor: Night of the Whisper

Download
US $3.68
Buy
Login to wishlist
14 Listeners
recommend this

New Vegas, 23rd Century – a sprawling city huddling beneath an artificial atmospheric bubble on a distant moon. Pleasure seekers flock there from every corner of the galaxy, to take in the shows and play the tables in the huge casinos. But beneath the glitz and the glitter, organised crime rules the streets.

Whilst Rose Tyler works as a waitress in the Full Moon nightclub, Jack Harkness poses as a reporter for the Daily Galaxy. Meanwhile, the Doctor is helping the police department with their investigation into The Whisper, a strange vigilante that has been terrorising the city’s underworld. But the Doctor is also on a mission of his own – to save Police Chief McNeil’s life at all costs.