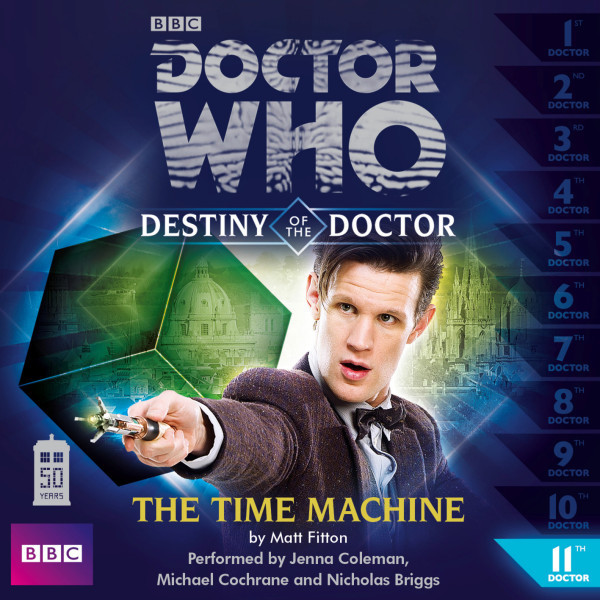 11. Doctor Who - Destiny of the Doctor: The Time Machine

Download
US $2.99
Buy
Login to wishlist
7 Listeners
recommend this

The scientist and his assistant believe they are making history, little suspecting that the project’s completion will threaten the existence of the entire universe. But someone has sensed the danger, and when the mysterious Doctor arrives, Alice is taken on a desperate race from libraries and dreaming spires all the way to the nightmare world of Earth’s future.

The monstrous Creevix are coming. They seek control of time itself and are certain that the Doctor is already too late to stop them.  But can the key to saving the future lie in the Time Lord’s past lives?