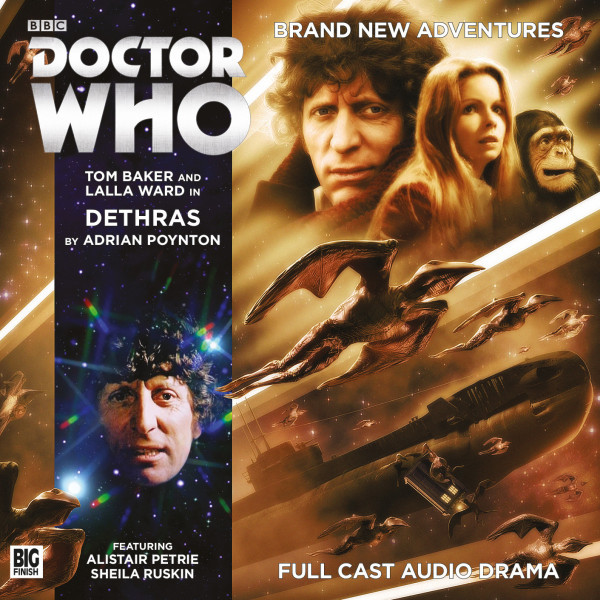 CD + Download
US $13.41
Buy
Download
US $10.97
Buy
Save money with a bundle Login to wishlist
7 Listeners
recommend this

In the control room of a World War 2 submarine something strange has started to happen. As the ship runs out of control, its crew begin to fall unconscious...

Finding the submarine in the last place they'd have expected, the Doctor and Romana are confronted by a mystery. Once fully populated, there are now only three men on board. And there's now also a chimpanzee.

What has happened to the rest of the crew? What are the strange noises they can hear outside the hull?

And most importantly, who, or what, is Dethras?

Without beating around the bush; it's another pretty perfect 4th Doctor story! I give this a highly evolved 9/10!

Dethras makes you sit up and take notice and challenges, it requires active listening rather than passive enjoyment and stands out as a very mature story, no monkeying around here. Dethras has a well deserved 9/10.

This may be Adrian Poynton's first foray into Big Finish, but I personally doubt that it will be his last.

This story is a brilliant piece of sci-fi and a cracking first time out for a new writer. If any of his next works are as engaging as this one, then Big Finish have something very special on their hands. 9/10