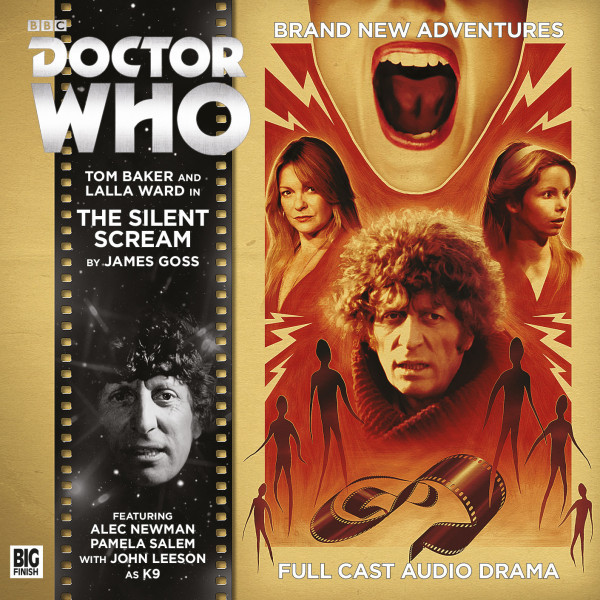 6.3. Doctor Who: The Silent Scream

CD + Download
US $11.88
Buy
Download
US $8.99
Buy
Save money with a bundle Login to wishlist
7 Listeners
recommend this

On the set of a busy Hollywood movie in the late 1920s, a damsel is in distress! As cameras roll, she opens her mouth to scream and... nothing comes out. Nothing at all. It's happened again.

The Doctor, Romana and K9 have arrived in a terrified Tinseltown. A new film is being made and several stars of the silent screen are viewing it as a potential comeback... but it may prove a poisoned chalice. Actors are vanishing and strange creatures stalk the streets.

Something evil is lurking behind the scenery. Can the Doctor stop it when he doesn't have a voice?

It's time for his close-up.