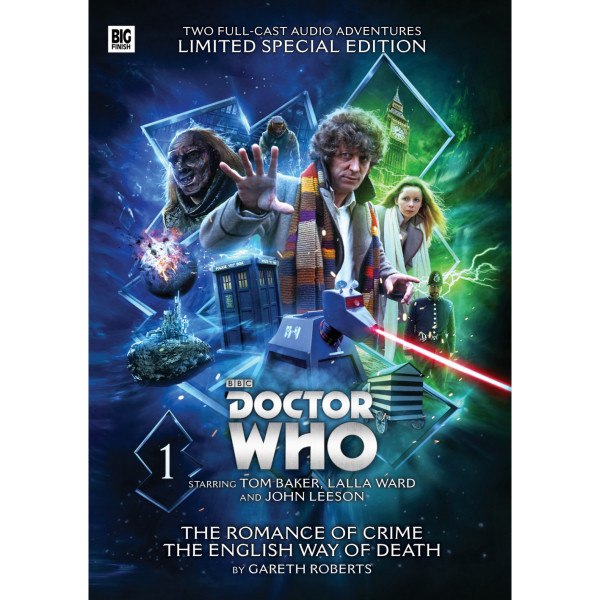 The Romance of Crime by Gareth Roberts, adapted by John Dorney

The TARDIS brings the Doctor, Romana and K9 to the Rock of Judgement; a court, prison and place of execution built into a rocket-powered asteroid. When involved in an investigation by the system's finest lawman, they find they must seek answers to some disturbing questions.

The English Way of Death by Gareth Roberts, adapted by John Dorney

The Doctor, Romana and K9 arrive in 1930s London to return some overdue library books. They plan to take a rest after their recent adventures, but Romana detects a distress signal from the future and the Doctor is attacked by a suffocating green mist.

This is a five-disc Limited Edition which includes a behind the scenes interview disc and a cover exclusive to this release. The physical edition also comes in deluxe, numbered packaging, featuring a stunning array of professional photos of the cast.