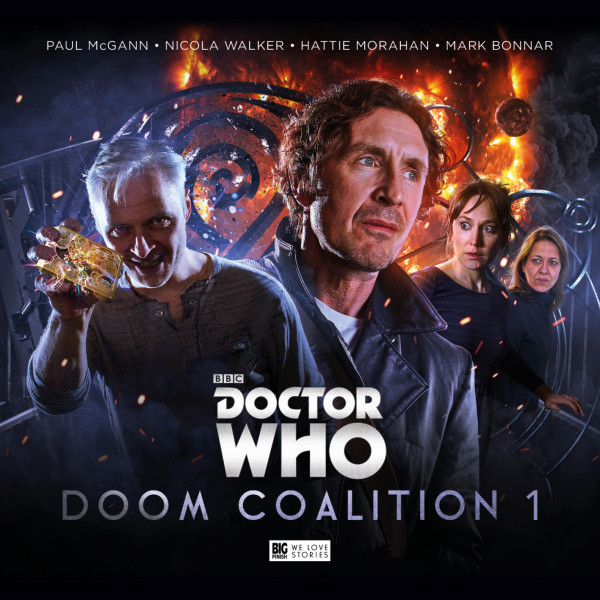 CD
US $54.29
Buy
Download
US $34.99
Buy
Save money with a bundle Login to wishlist
80 Listeners
recommend this

1.1 The Eleven by Matt Fitton

The Eleven. A Time Lord whose previous personalities live on in his mind: arguing, plotting, jostling for supremacy... He is also Gallifrey's most dangerous criminal. And he has escaped.

The Doctor is recalled to his homeworld to lead the hunt. As they search the Capitol's corridors of power, the Academy halls and the cells of the highest security penitentiary, Liv realises the worst monsters may be among the Doctor's own people.

For inside his fractured mind, the Eleven has a plan. And its deadly consequences will extend through space and time...

1.2 The Red Lady by John Dorney

An anomaly in time brings the Doctor and Liv to London in the 1960s, where they meet a young lady named Helen Sinclair - desperately trying to make a name for herself in the face of sexism and prejudice.

Whilst the Doctor tried to uncover the secrets of a mysterious artefact, a far deadlier mystery awaits Liv and Helen in the collection of a recently deceased antiquarian.

Because that's where they find the Red Lady. Because if you do, you might not like what you see.

1.3 The Galileo Trap by Marc Platt

Helen Sinclair doesn't know what hit her. One moment she was trapped in a dead-end job in 1960s London, and now she is transported back to Renaissance Italy over three centuries before. Florence is a city in turmoil. A new plague stalks the streets. A ferocious behemoth rampages through the vineyards. And Galileo Galilei, celebrated scientist, astronomer and old friend of the Doctor, is imprisoned in his own villa for heresy.

But why has Galileo summoned the Doctor? Who are the mysterious Fortuna and Cleaver? Why have they been sent to Earth? And what is Galileo's secret? Is it the last thing he saw before he went blind?

1.4 The Satanic Mill by Edward Collier

The Satanic Mill - a vast Victorian factory floating in the deep of space.

As the Doctor closes in on his quarry, long-buried animosities come boiling to the surface on this ancient and powerful satellite, in a final confrontation that could have unimaginable consequences.

And even that is only the beginning...

After Dark Eyes I hoped for a miracle. And that's exactly what I got. Incredible.

Best Audio Drama for The Red Lady by John Dorney