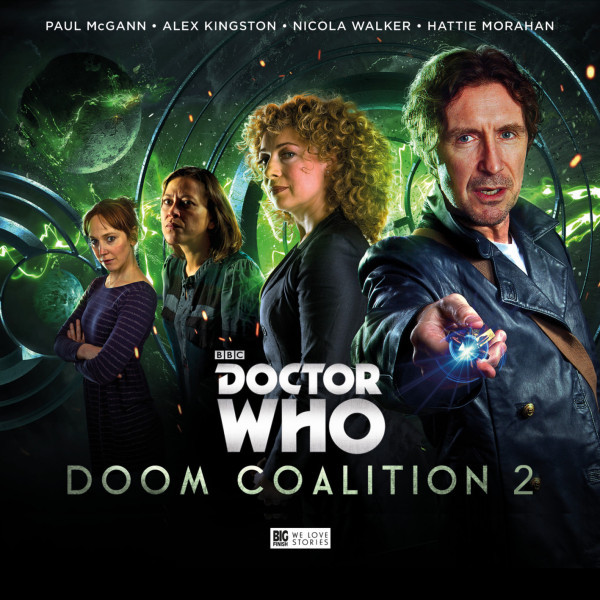 CD + Download
US $49.52
Buy
Download
US $43.33
Buy
Save money with a bundle Login to wishlist
45 Listeners
recommend this

In an attempt to recharge his batteries after his confrontation with the Eleven, the Doctor takes Liv and Helen to the sleepy English seaside village of Stegmoor. But they find the village in turmoil and, to make matters worse, their arrival uncovers a mystery from the Doctor’s past which threatens the future safety of the planet. Can the Doctor prevent the Voord from invading Earth? And more importantly why have they come in the first place?

2.2 Scenes from Her Life by John Dorney

Investigating the appearance of the Voord on Earth, the Doctor, Liv and Helen follow a trail which takes them to the other side of the universe. There they discover a mysterious and almost deserted gothic city lost in space and time, in which the grotesque inhabitants are conducting a vile and inhumane experiment. The Doctor and his companions must hurry to save the lives of those in danger before the experiment is a success and the unimaginable consequences become all too real.

The TARDIS deposits its crew on Earth in San Francisco, 1906. There they find an actor-manager desperate to stage his definitive production of King Lear. But a real storm is headed their way when he becomes the possessor of a mysterious psychic ‘Gift’ which is hungry for power and intent on wreaking havoc and destruction. But exposure to so much psychic activity has the Doctor becoming increasingly erratic. Can he battle his demons and save the world?

2.4 The Sonomancer by Matt Fitton

On the other side of the galaxy a mining company is exploiting the already unstable planet of Syra for every precious mineral it contains. River Song is attempting to save the native people. She needs the Doctor’s help, but she also knows he mustn’t yet discover her true identity. The final confrontation sees the Doctor once again face his enemy the Eleven in an attempt to prevent the destruction of Syra and the genocide of its inhabitants.